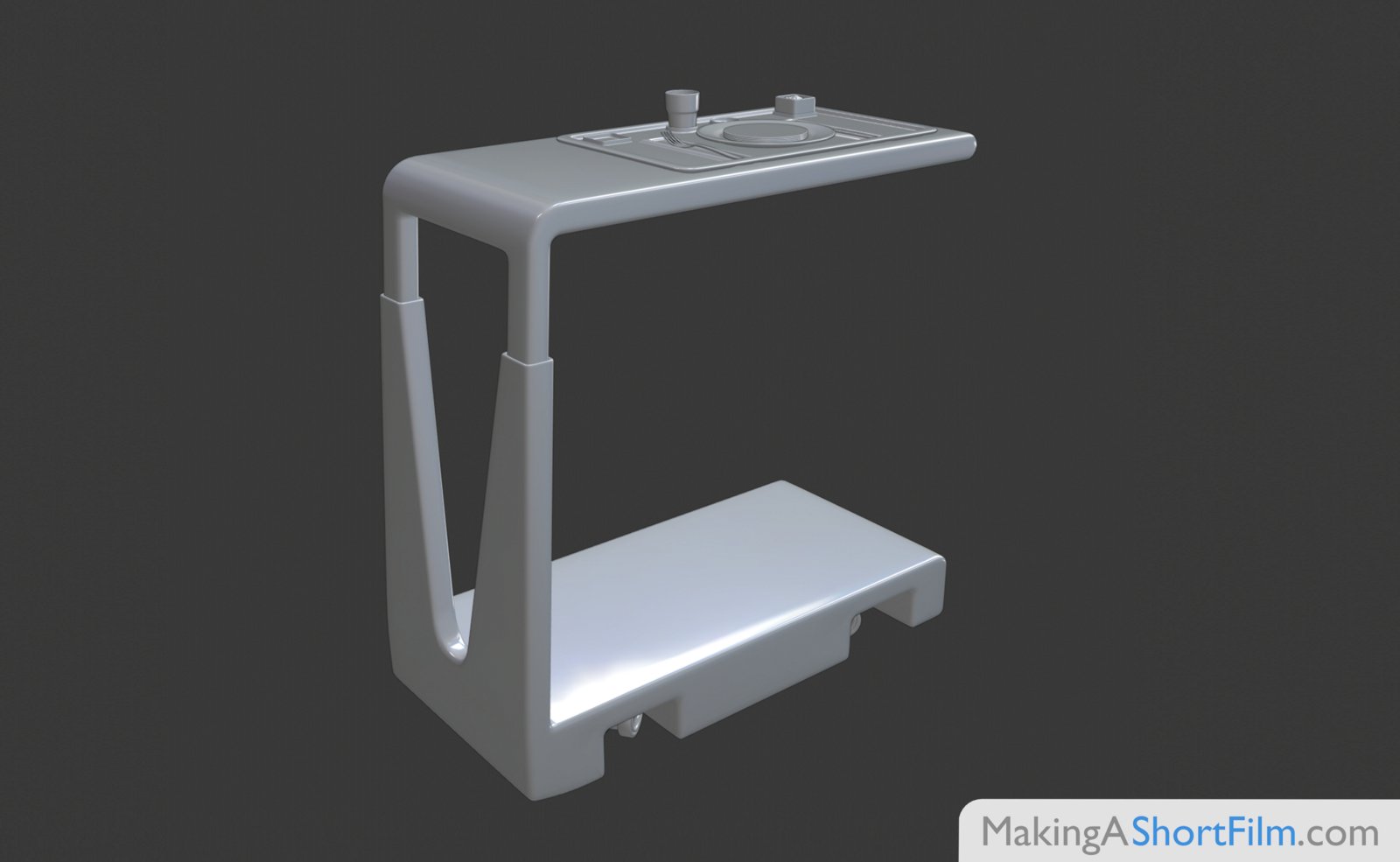 Now I have finished the modelling and rigging of the bed table. When compared to the concept art, it is fairly similar, but with some notable changes.

I wanted to add mechanical means of raising/lowering the table, which was lacking from concept art. I fixed this by splitting up the actual bed table into two parts, a base, and the table. That way, it looks like the table can slide up and down to change the height.

I also added more "containers" on the tray, specifically for the knife and fork, to give it a stronger feeling of being trapped. When looking down on this tray, I want the old man to feel stuck and surrounded (like the items on it), which hopefully gives a stronger feeling when the Robot uses those very food items to represent freedom. 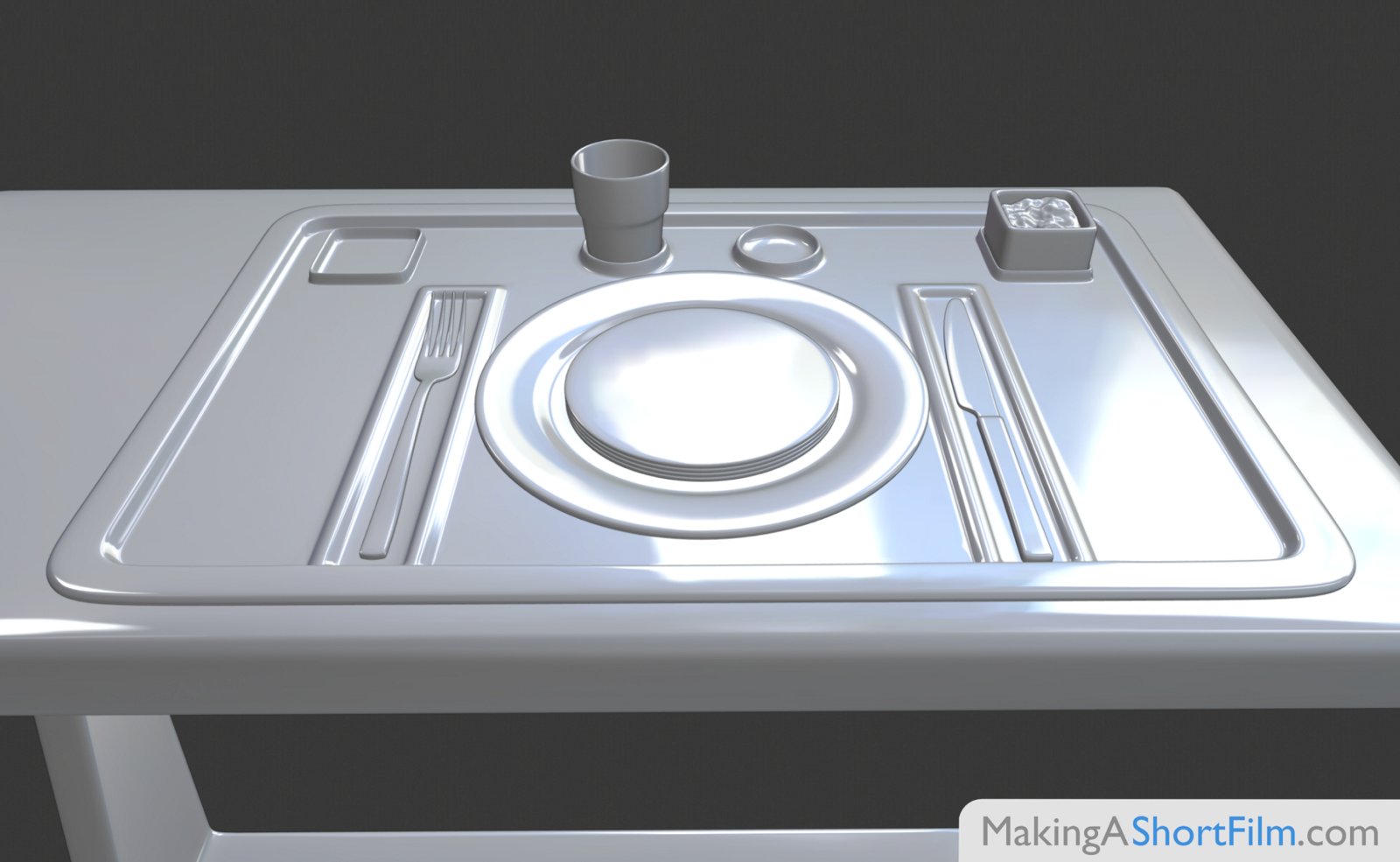 The pancakes are currently just straight cylinders. They will be made better with more shape later when I texture them, since I want the pancakes to actually match the textures I photograph. It is also not prepared for being animated/simulated (thrown around), which I will do later. For now, a simple stack of cylinders will do.

I added a very simple ability to animate the jam using a single shape key, giving it the look of something being pushed down in it, and pulled away. Hopefully this will be enough for the scene where the Robot dips the cotton in it, but if not, I will adjust it during the animation of that scene. The shape of the jam will probably be improved as well when I see how it looks with the proper shader, but it should work as it is for now

The bed table won't be subject to a lot of animations. The robot will grab a pancake, as well as dip cotton in the jam, but other than that everything will be fairly static. The other lose items, like the tray, the plate on it and such, will only animated in one scene, for a split of second. When the old man throws himself at the Doctor to stop him, he will push the bed table out of the way, making things slide around from the force. Since this is a couple of keyframes in the entire film, I just gave them a very simple rig, with no special bone shapes or anything.

One thing worth to note is that I took the wheels directly from the hospital bed, and scaled them down. This saves time, but also hopefully makes the equipment in the hospital room feel more unified, like they are from the same manufacturer. 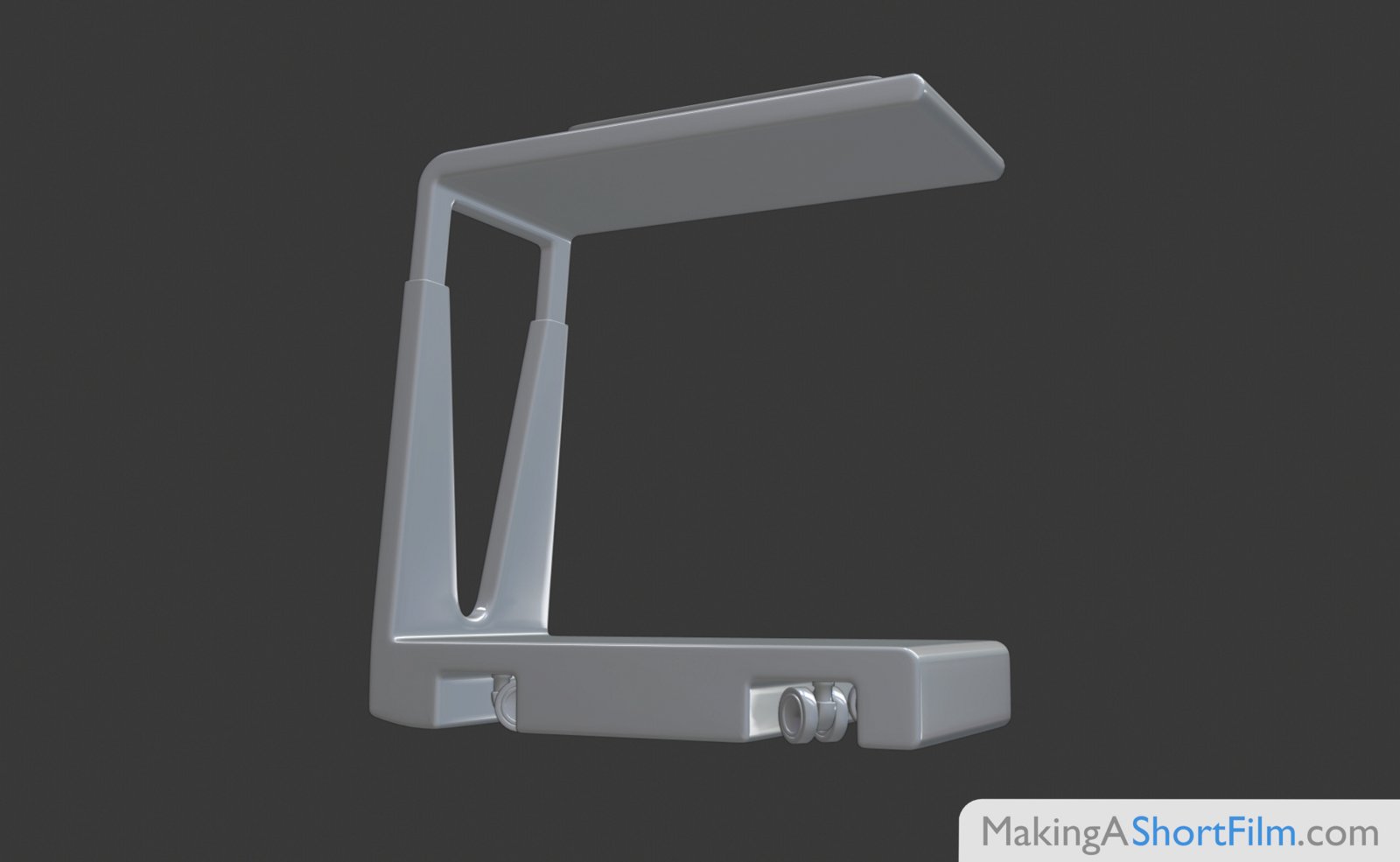 Before I end this update, here is confession time. The bed table object has the worst topology of anything I have every created (save for my first attempts making something in 3D), and should not be viewed by anyone! However, since the finished object looks okay, shading-wise, it doesn't really matter how horrible it is underneath. It is not going to be deformed, or even be put under any severe scrutiny, so it should be just fine. For those who wants topology nightmares, the item is downloadable down below.


I will continue modelling the rest of the smaller items in the film, with the curtain being next. See you when it is done!