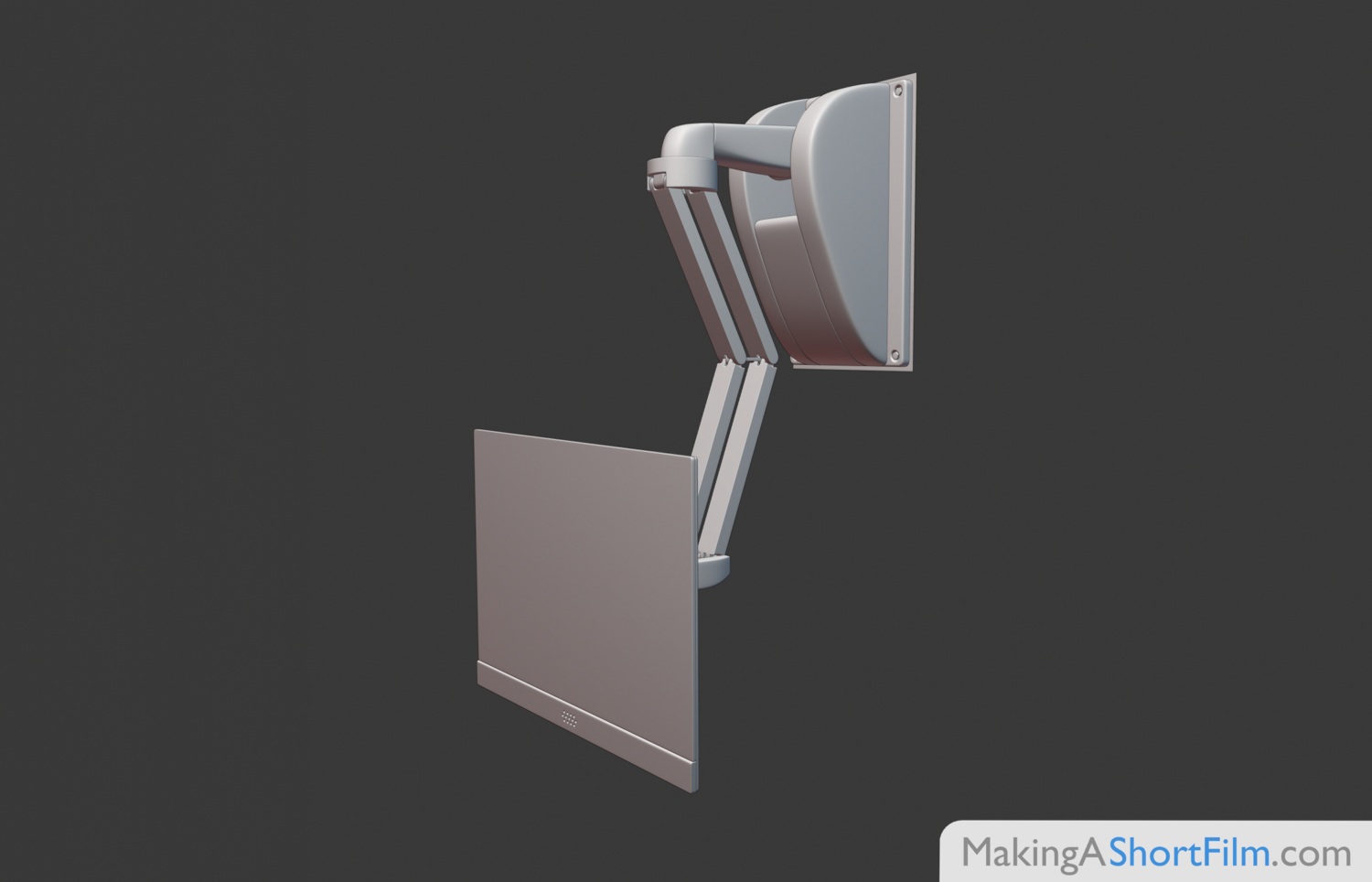 I have now completed the modelling (as well as rigging) for the EKG monitor. This is a piece of equipment that will be in great focus during a couple of shots in the film, so I have spent a bit of time making it the best I can. Story-wise, it is important, since it visualizes the reason the Old Man can't leave.

I have previously made concept art for this item (see it here) which I now used as a base when modelling (there is a time-lapse of the process at the bottom of this post). I followed it when creating the base shapes, but I did decide to add a bit more detail not present in the concept art, by splitting up some of the larger pieces into smaller ones. I removed some details as well, by skipping the fan holes on the back of the screen. It simply felt a bit weird that such a thin screen would need active cooling. 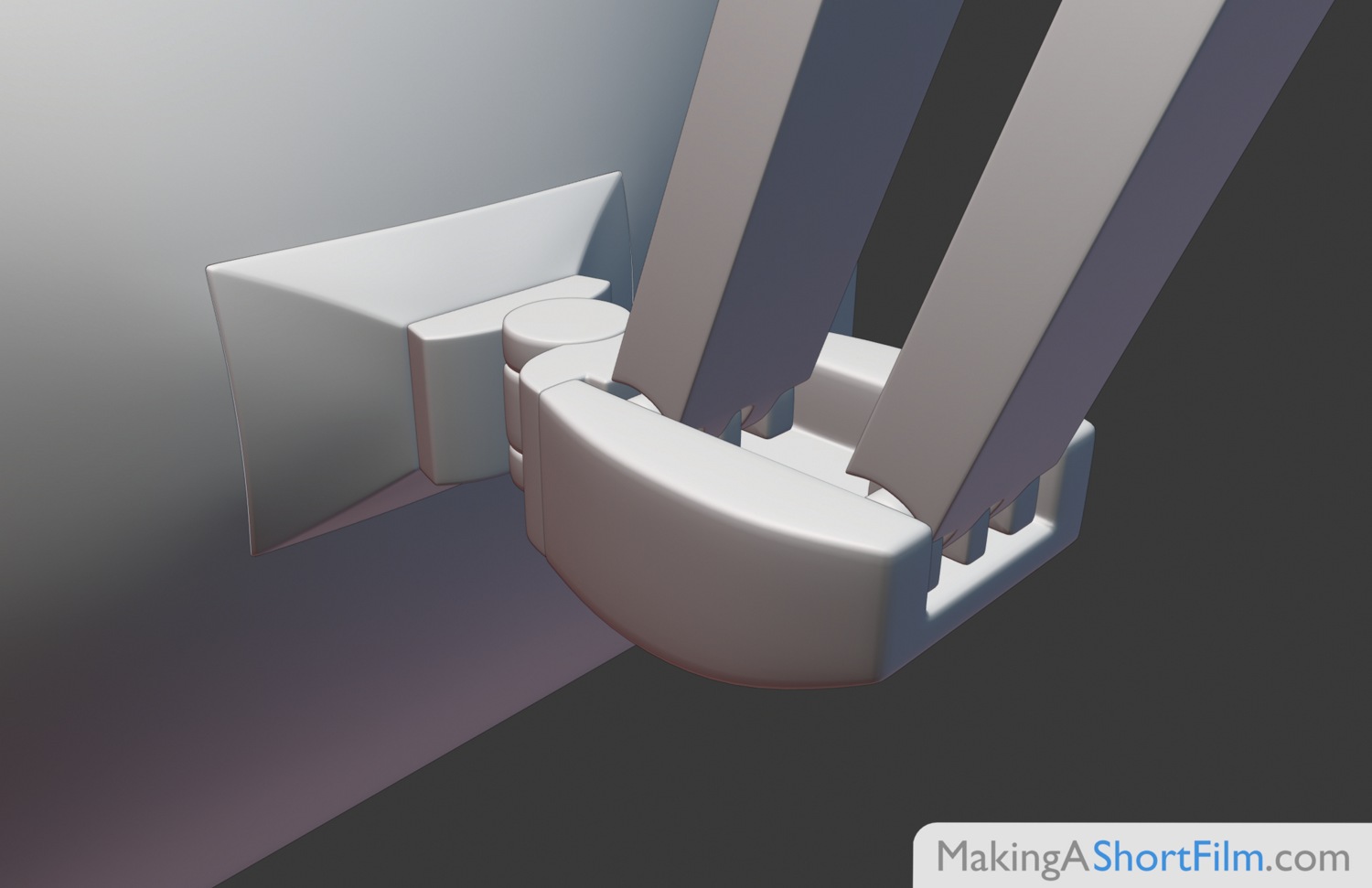 I probably spent a bit too much time the details behind the screen, as they will never be in any kind of close-up. At most, they will be seen from quite a distance. However, I do like having "proofed" my models, not having to worry about what part is showing later when making the film. As it is now, it should hold up in any angle I want, giving me total freedom during animation and camera work later.

Just as for the hospital bed, I gave this monitor a rig fairly early on in the process to make sure that I like the way it moves, before I started spending time on all the little details. I could probably have cut down the time spent on the rig though. It will only be animated in a single scene, and by myself, so I don't really need very well-designed controls. Just basic bones would suffice in making the simple motions that will be used. However, since I am sharing these files with you, I want to make the objects as if they were to be used by others as well.

The rigging of the object also made me think more about how it will actually move in the scene where the Robot rocks it back and forth with his mop. I felt like the drawn version didn't allow for enough movement to really make it look funny, so I adjusted the holder of the screen, adding another joint that will allow it to rotate to the sides. Thinking about the range of motion further, I don't think this is a very practical design for a real screen at all, but it will serve its purpose in the film.


I recorded a timelapse while modelling and rigging the monitor, which you can see here below, along with a demonstration of the final result. Hope you like it!

After feeling like I have warmed up a bit with the hard-surface modelling, doing the room, bed and EKG monitor, I have decided to make the robot next. This is a big item, in many ways the most complex part of the film. Therefore I expect it to take a few weeks to both find a rigged working shape, along with a pleasing finished model (even though I have done concept art for it). I won't post any updates until it is done, so see you in a while!