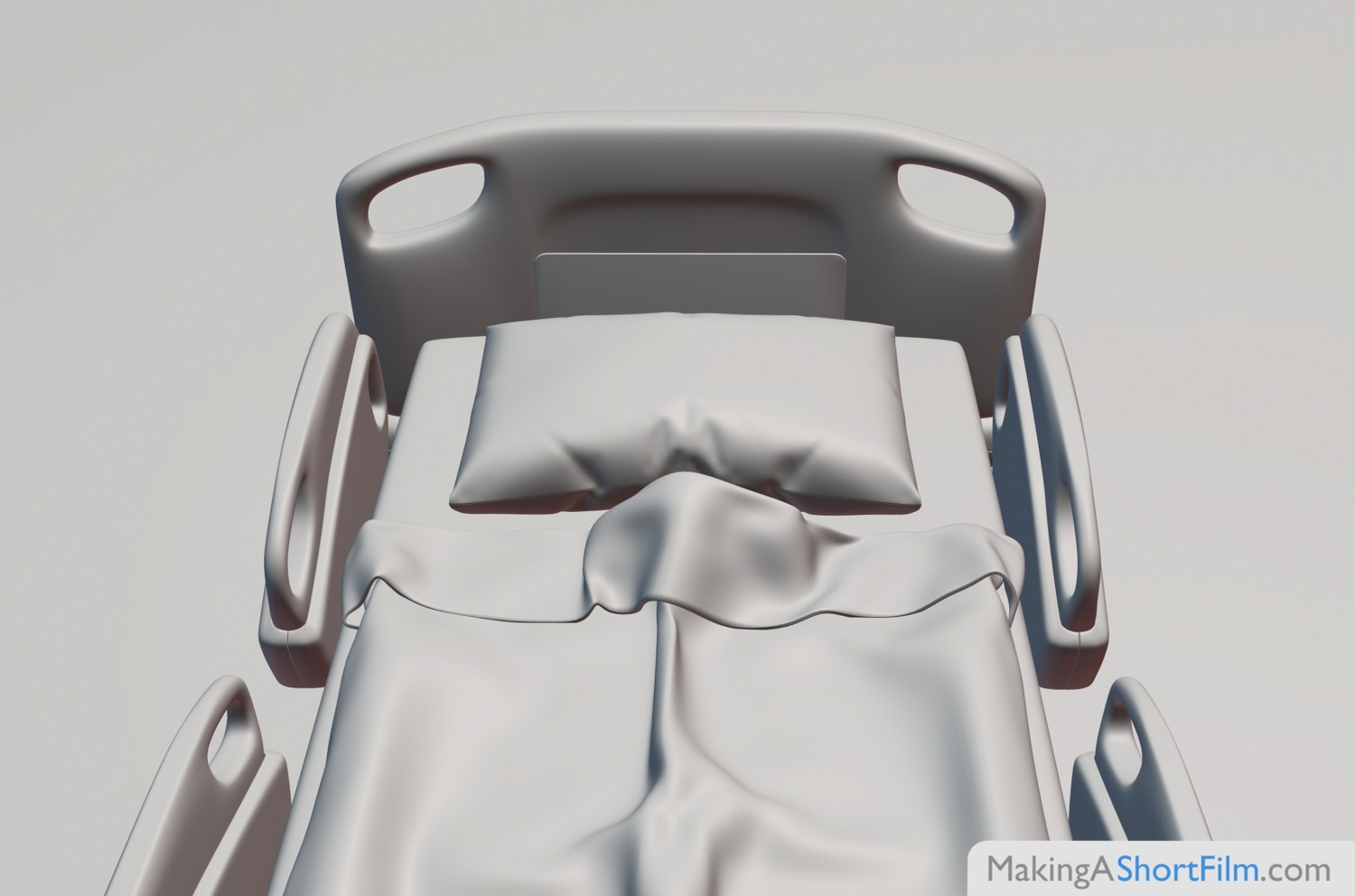 I have now modeled the hospital bed that the Old Man lies in. This is quite a central piece in the film, being present in a lot of the shots, from different angles. Since I had done concept art of it beforehand (view here for comparison), it was fairly quick to model. I started by blocking out the entire bed using pretty simple shapes, before going into more detail. 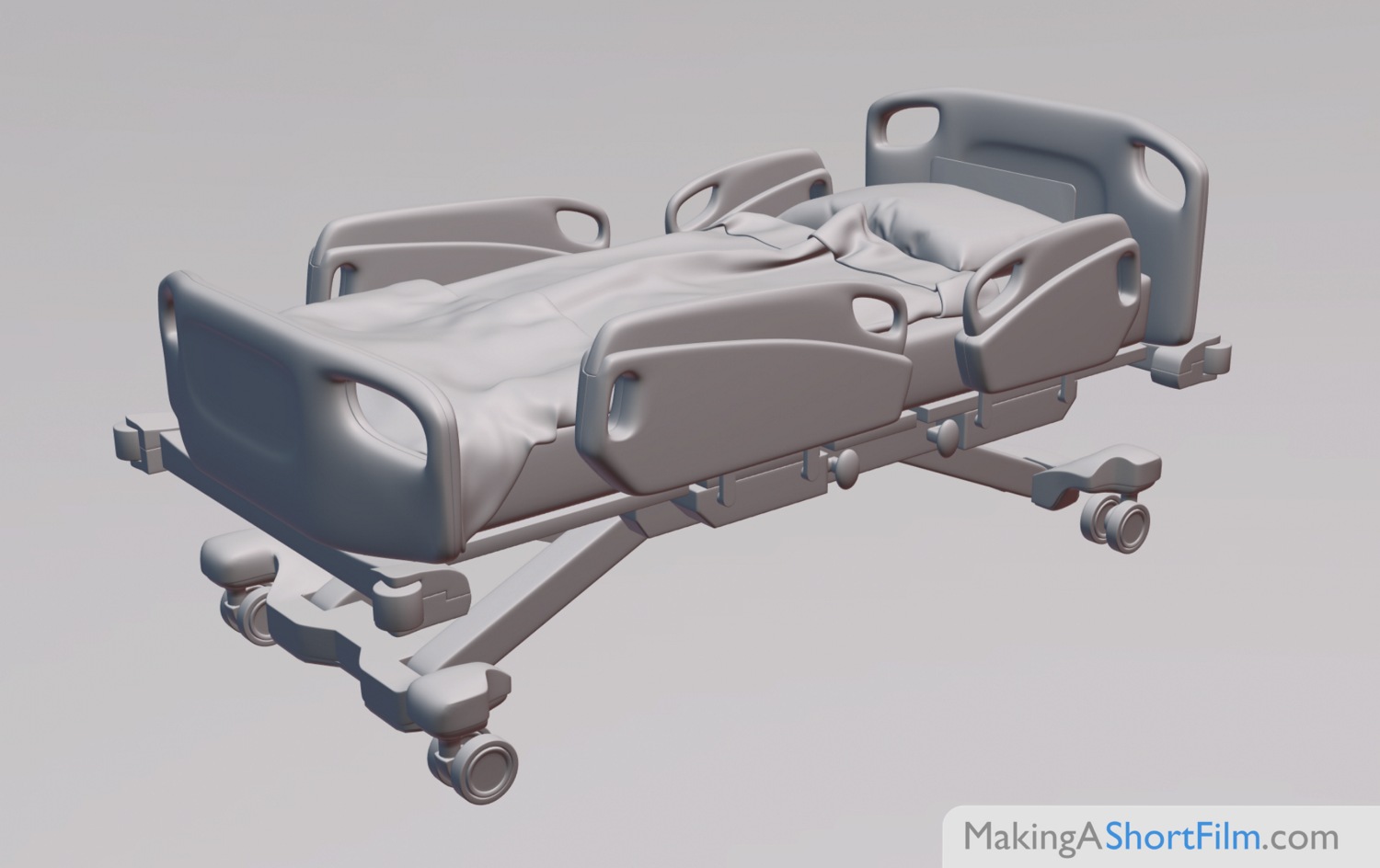 Pretty early on I realized that I would not be able to model the bed without also adding the rig (the controls) to it at the same time. Only by actually controlling it and moving parts around would I be able to make sure that the shapes of everything works from a functional standpoint.

Something I didn't really consider when making the concept art was how the bed raising and lowering would work for a person lying in it. When the back is raised, it has to become a natural position for the user, and especially the Old Man since he is the one that will be using it. In order to make sure that this worked well, I also made a very rough shape of the old man based on the concept art of him. Using it, I adjusted the shape of the bed.

This also meant that I had to add pieces I didn't anticipate. I never realized how much shorter the bed becomes when the mattress is raised, so I added a simple (non-functioning mechanically if it was to be replicated in real life) pillow raiser, so the height is constant when the bed is raised. 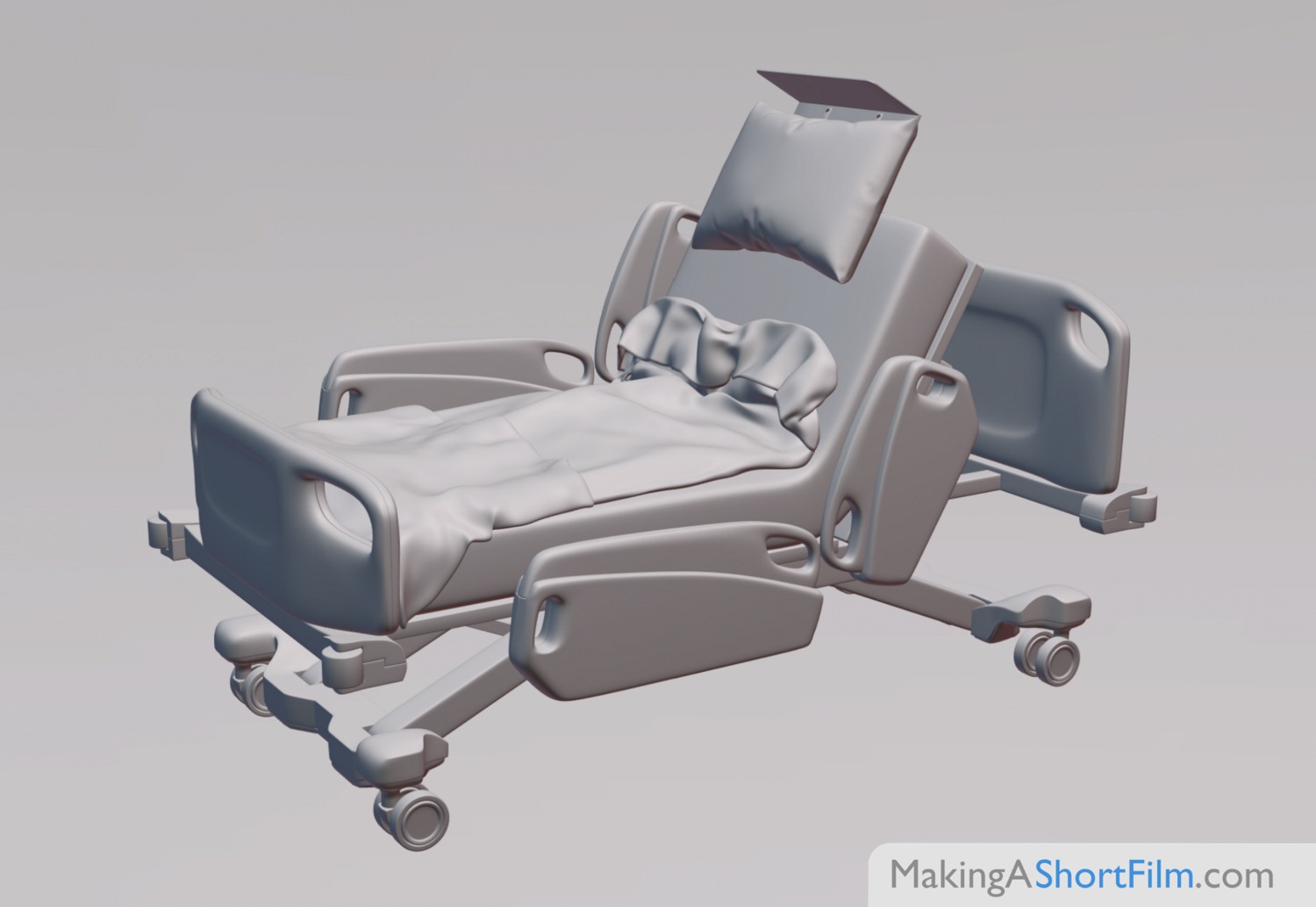 Since this bed will be in such focus, I have done my best to make it fairly detailed, with visible "seams" for where the different parts of the bed are combined. I have been thinking "how would this be assembled if this was a real bed?" and tried to capture that in the lines within the shape so it at least somewhat makes sense. I want the items I make to be plausible, and not look like a single, giant 3D printed piece. 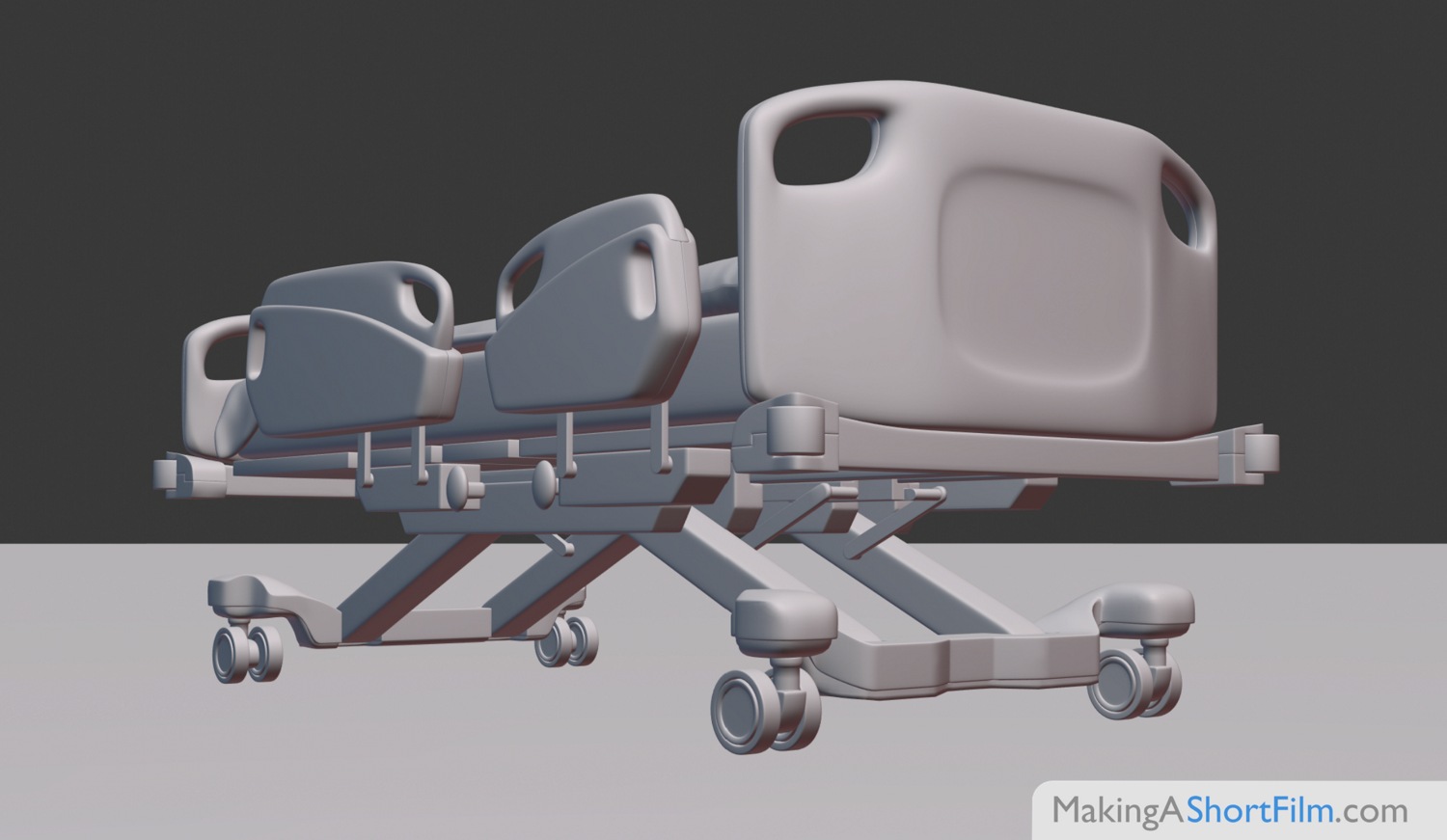 I have also prepared this bed for being simulated. I have added a cover with cloth simulation, as well as a simple collision shape for it to interact with. I will only use physics simulations for the cover. The mattress and pillow will be rigged and controlled through shape keys and other manual means. However, I will save all of that rigging for a later time when I can test it with, and form it after, a more complete version of the Old Man. I will also adjust the parameters for the cloth simulation when doing the actual animations to improve the way the cover moves.


To end this update, here is a video demonstrating the different ways the Hospital Bed can be controlled. Download the .blend-file down below to take a look and play with it yourself!

I will now move on to modelling the EKG Monitor. See you when it is done!