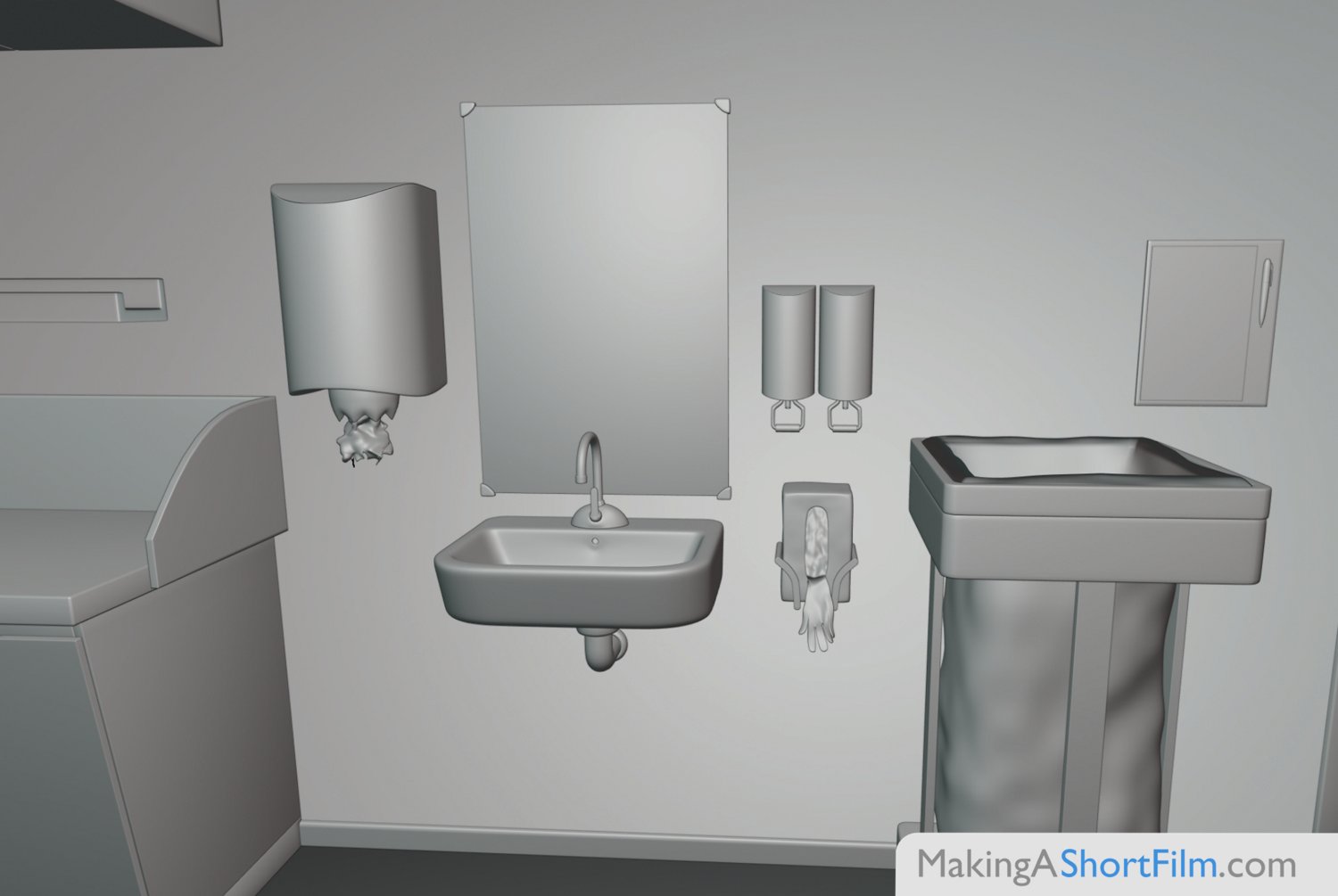 The production has officially begun! It is super exciting to really get started making this film I have planned for and had in my head for so long. As I said in the previous update, I decided to start with modelling the hospital room as a kind of warm-up for the modelling. Not only is the geometry a bit easier to make than most of the other items in the film, but it is also never featured in any close-ups. The items on the wall and the ceiling will only be seen from distance (except for the alarm button), which means that it doesn't matter if it doesn't turn out as well as the other things in the film.

While modelling after the concept art, I felt like the trash cans were unproportionally small for a hospital. They produce a lot of trash quickly, so a normal home office trash can would have to be emptied way too often to be realistic. However, I do want the one close to the EKG to be small, so it fits in the same frame as the scrambled "Out of Order"-sign is thrown on the floor in scene 8. So I kept that as it is, and instead replaced the one next to the sink with a different design (see image up top), slightly shuffling things around. 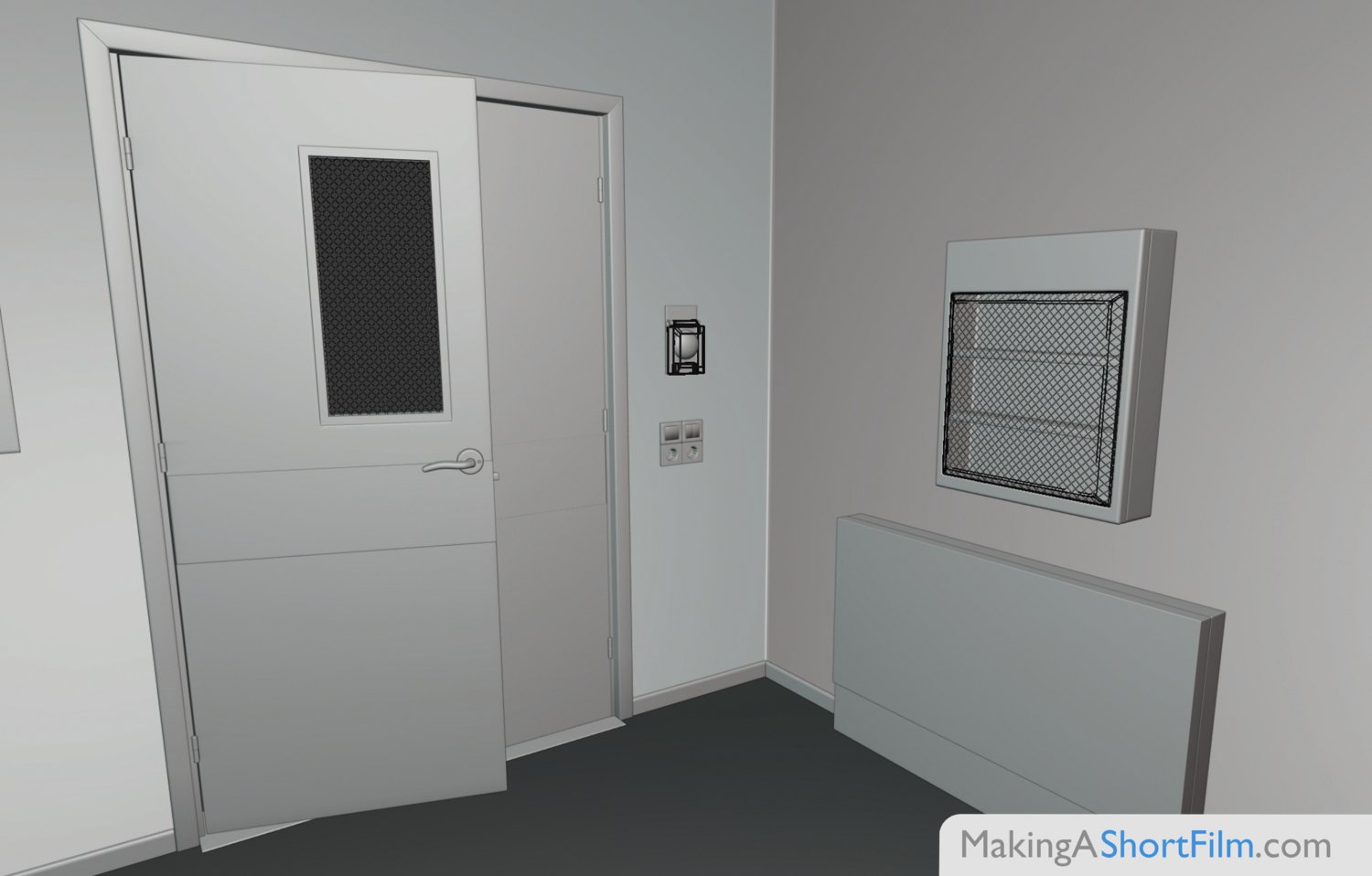 In order to make sure that the models made will actually work as they are intended to be used, I added in the simple rig right away. For this location, this includes controls for the door and the alarm button, which are the only items that our characters will interact with in the film. The rest are just decoration.

I adjusted the size of some of the items as well now when I have better access to the scale of the objects. Some things turned out to be just too big in the concept art compared to what they would be in real life. Especially the alarm button would have been absolutely massive in its original size. I also added some minor items, since I felt like the room just looked too empty as it was. I do have quite a bit of empty space though in the different storage spaces. Depending on how empty the final result looks, and how much time I feel like I can spend on it, I will model some miscellaneous items at a later time. 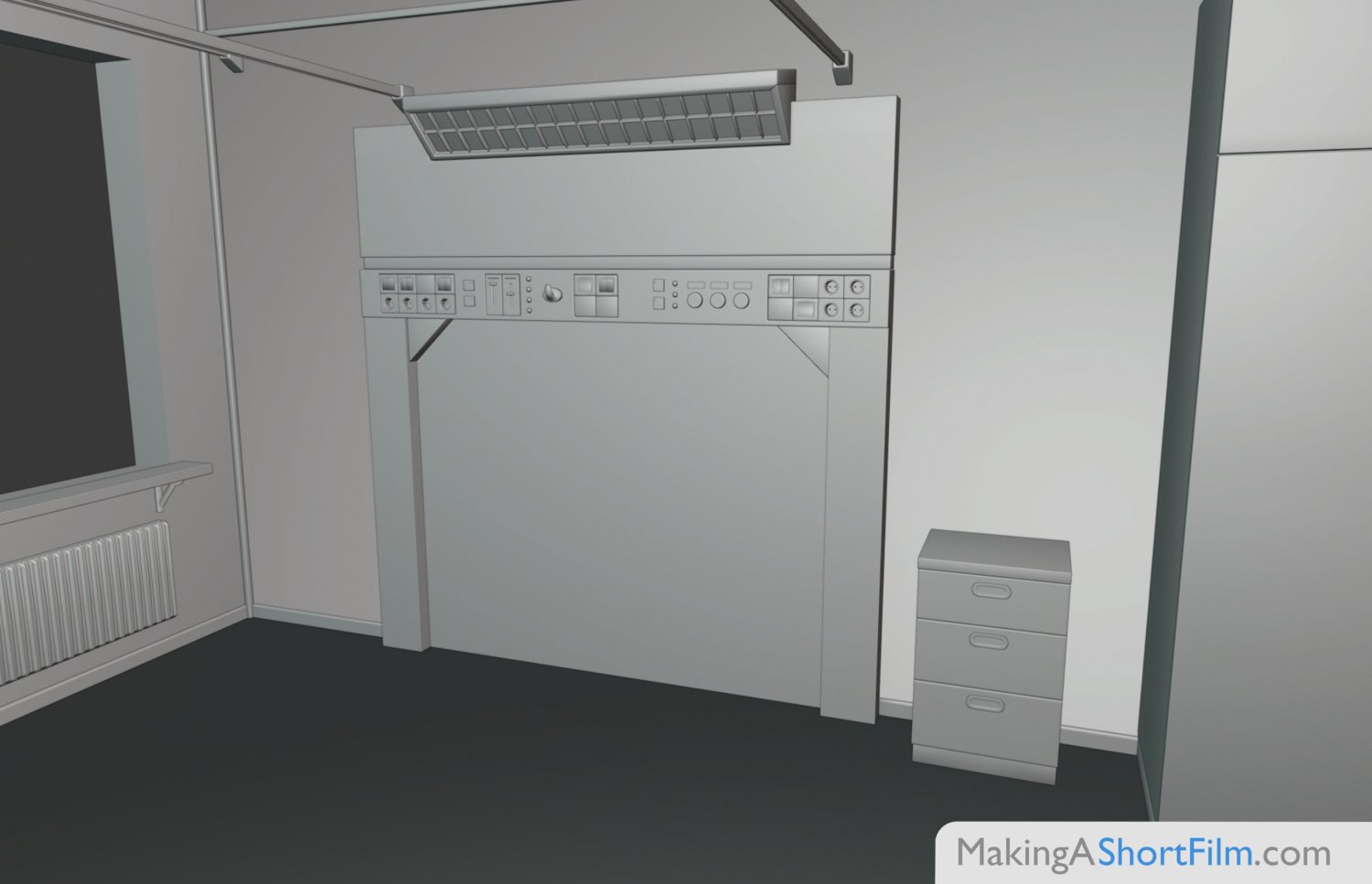 While modelling this part, I realized that the hospital bed will be too far from the window for the Old Man to actually reach it. This is because I want it to be pretty far away so the Robot and Doctor fits in between the bed and window without problem. I think I will solve this problem by simply cheating in the film, moving the bed closer and further away depending on the scene, and try to disguise the difference in location through camera angles. Hopefully it will feel as invisible as it did to me in the animatic if I do it right. 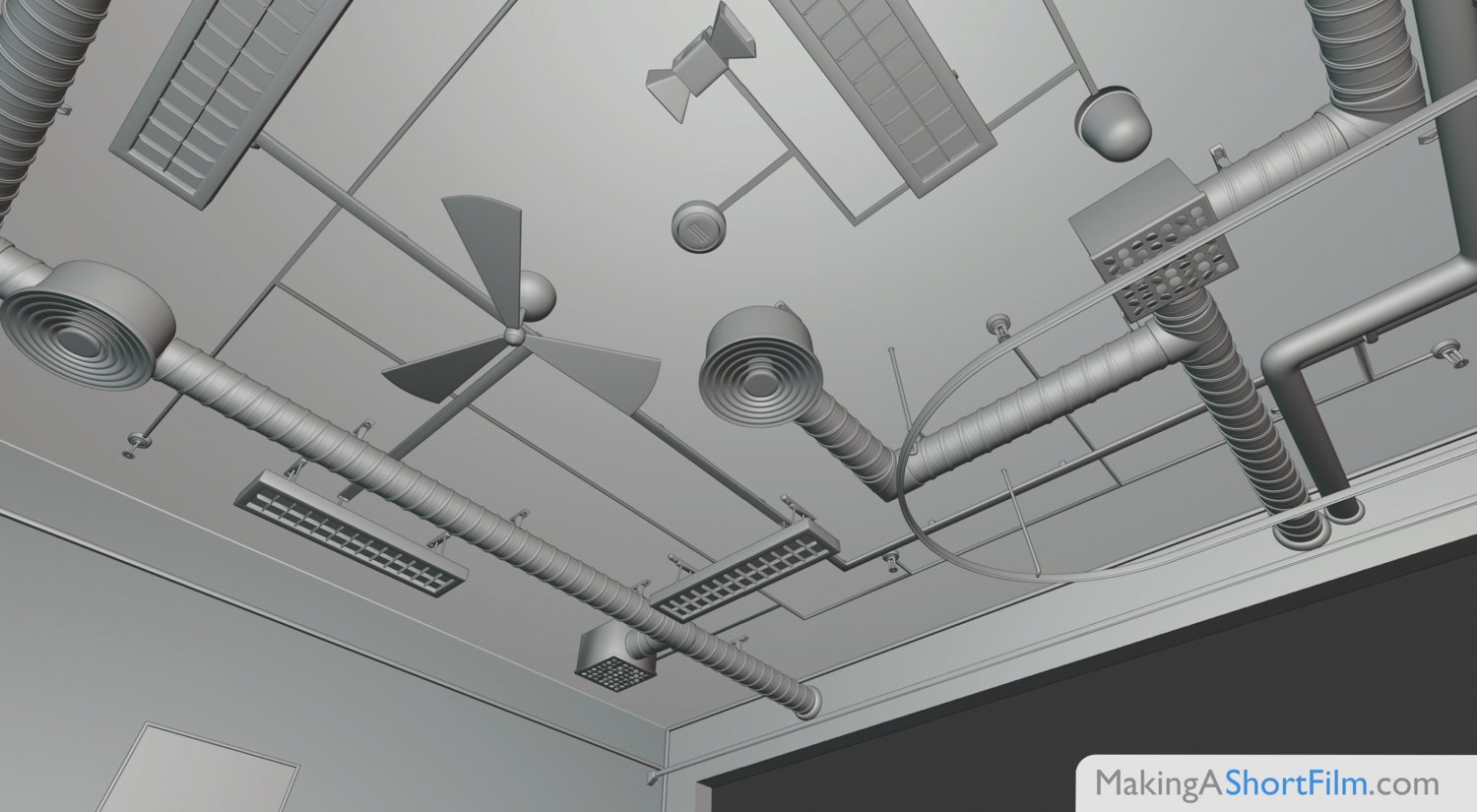 I never anticipated how much ceiling space the pipes and such would take up, so I had to raise the ceiling compared to the concept art. We will see how this will affect the Robot's ability to place things in the ceiling. I have a couple of solutions in mind, but that is a problem for a later day since they don't affect how I model this ceiling.

In the concept art, the wallpaper reaches all the way up to the ceiling. However, with the raised ceiling I felt like it didn't really work. So to solve this, I added a surbase around the walls, to create a natural separation of the two. That way, I can keep the wallpaper up to the surbase, and then use ceiling paint above it, encapsulating the ceiling and the pipes.

If you want to take a look around in the room and see the details, I have included the finished Blender-file, as well as an .obj and .fbx for users of other programs, for download down below. Note that several items are missing in the room, but that is solely because they are important enough to have been split out to their own tasks, like the bed and curtain for example.

Next up will be to model the hospital bed. Hopefully it won't be too difficult since I have pretty clear concept art of it, although it will definitely take some time since it consists of quite a few pieces. See you when it is done!