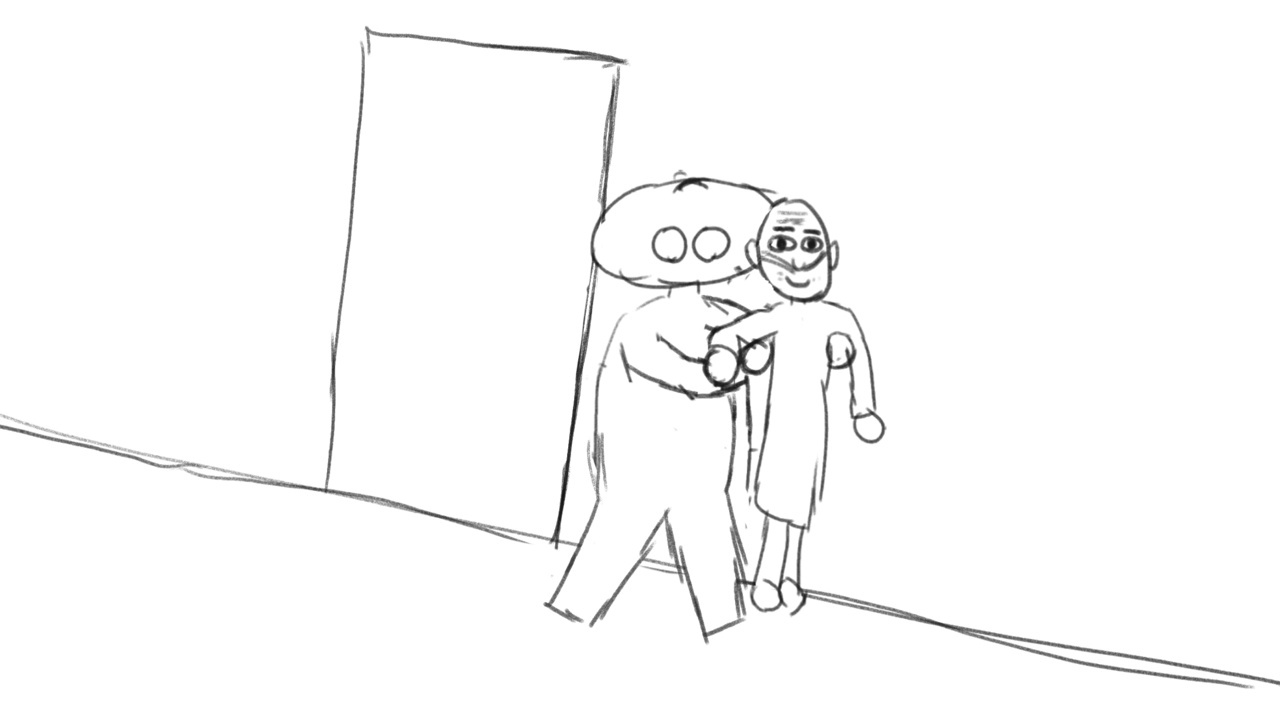 The eight, and next to last, scene of the film is now planned. In this scene, the Robot realizes that he doesn't want the Old Man to have it like this, so he takes the matter in his own hands by carrying him out of the hospital. When it is discovered, the doctor starts the grand alarm. Here is the result:

I want the Robot to fall back into old patterns one last time before he breaks free completely. So when the Old Man is relieved that everything went okay, the Robot is all but okay. He is super stressed about what just happened, and now there is garbage on the floor as well. So he dives down to it, ignoring the Old Man. After diving down, I don't show the reaction of the Old Man, or anything regarding him, until the Robot notices that he is out of cotton. I think this stress and focus is key to make his realization work that he shouldn't care about this job.

Drawing perspective is hard when just doing quick sketches, so the camera placement and move in the hallway is very rough. I will improve on this greatly in the finished version since 3D animation makes it very easy to move around the camera and get exactly the shot you want. However, I think it was serviceable to demonstrate what is happening. We see the Robot carry the Old Man out of the room, going in one direction, and we pan back to see the Doctor coming from the other direction.

I decided to add a simple alarm audio (me making noises in the computer microphone) just to sell the urgency of the situation. This is the first time in the film we have truly loud sound so hopefully it will have quite an impact.


With that done, I will move on to the last scene of the animatic, and actually the last thing in the entire pre-production! In the next update, I will summarize the animatic as well as post the complete video (without the actual ending, which I am saving for the premiere) so the film can be viewed in one piece. See you next time!