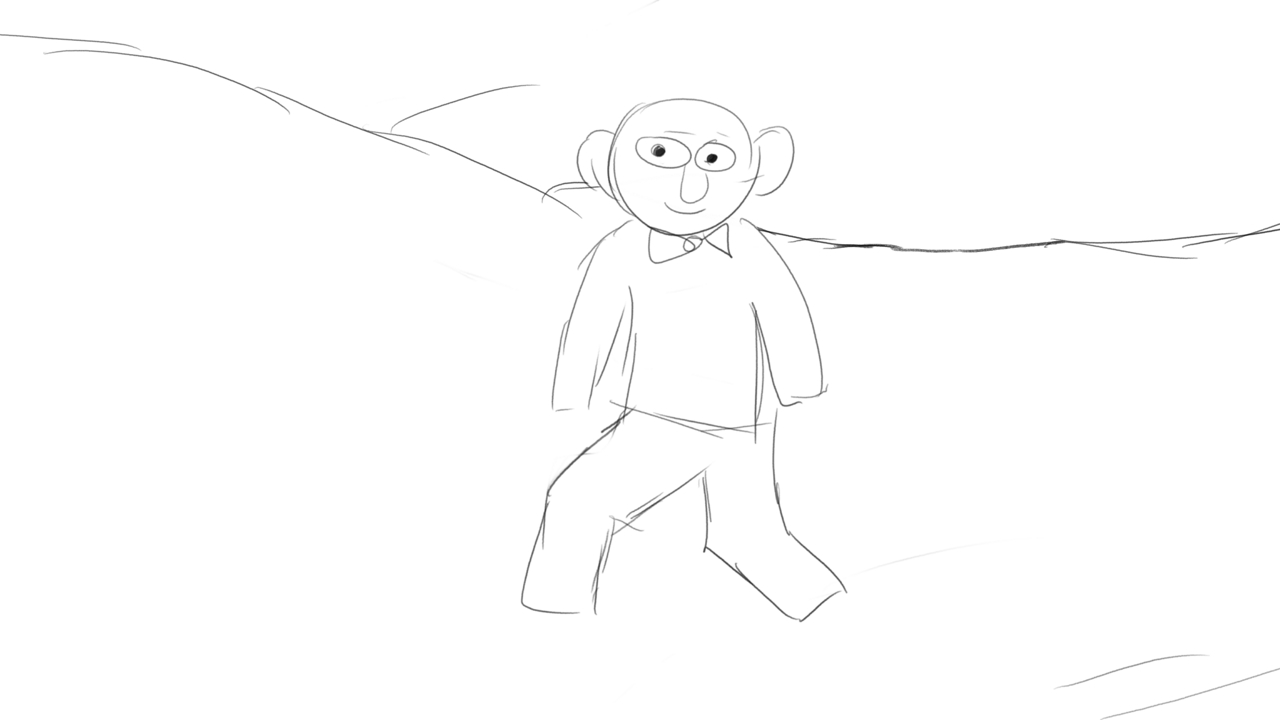 The time has come to make the animatic of the short film. This is where I will create a simple animated version of the entire film to plan everything, what shots it should include, how the characters should move, where they should be in the frame, etc.

In order to make an animatic, I have to pick the aspect ratio of the film since I will plan the shots for that format. I have decided to do it in 2.39:1 which is a fairly wide cinema format, common among animated films (it is what Disney are using). I really like that wide view and I think it will fit the story well since it has several wide elements, like the window in the hospital room. Also, my intention is to get the short film in cinemas through film festivals, so I want to design it with that in mind instead of for TV-viewing.

I actually made the storyboards for the opening scene over three years ago, some of them being visible in the introduction video on this website. I was pleased with it back then, but the good thing time passing brings is a fresh pair of eyes. So I redid everything based on what I want now. Here is the resulting scene:

In the script I envisioned the old man just standing still on the hill the entire shot. However, when I drew it I felt that it was too boring. This is the beginning of the movie so it has to grab the viewers.

I open with a very wide and hopefully beautiful shot that communicates right away "this is a serious film with a lot of work behind it. It is worth your time." I then move on to the Old Man walking up the hill, making him more active and visually interesting.

Basically, this is me extending the scene, since when he reaches the top, the scene is what I envisioned before; him standing with his face towards the sky and just enjoying it.

It felt really empty that he would just stand on the spot when he reached the top. So, I came up with the idea that he should take a deep breath, like he is relieved he finally reached it. It makes it much more natural that he closes his eyes afterwards. I think that simple breath made wonders in separating the climb from the enjoyment of the scenery.

Overall, I wanted the scene to reflect everything that is nice about being outside in the nature. Gently blowing wind, grass, fresh air, and an open space with no limits. Hopefully I have captured it well so the audience feel with the Old Man when he is being trapped inside.

With scene 1 planned, it is time to move onto the next one, where the Robot enter the room. See you next time!