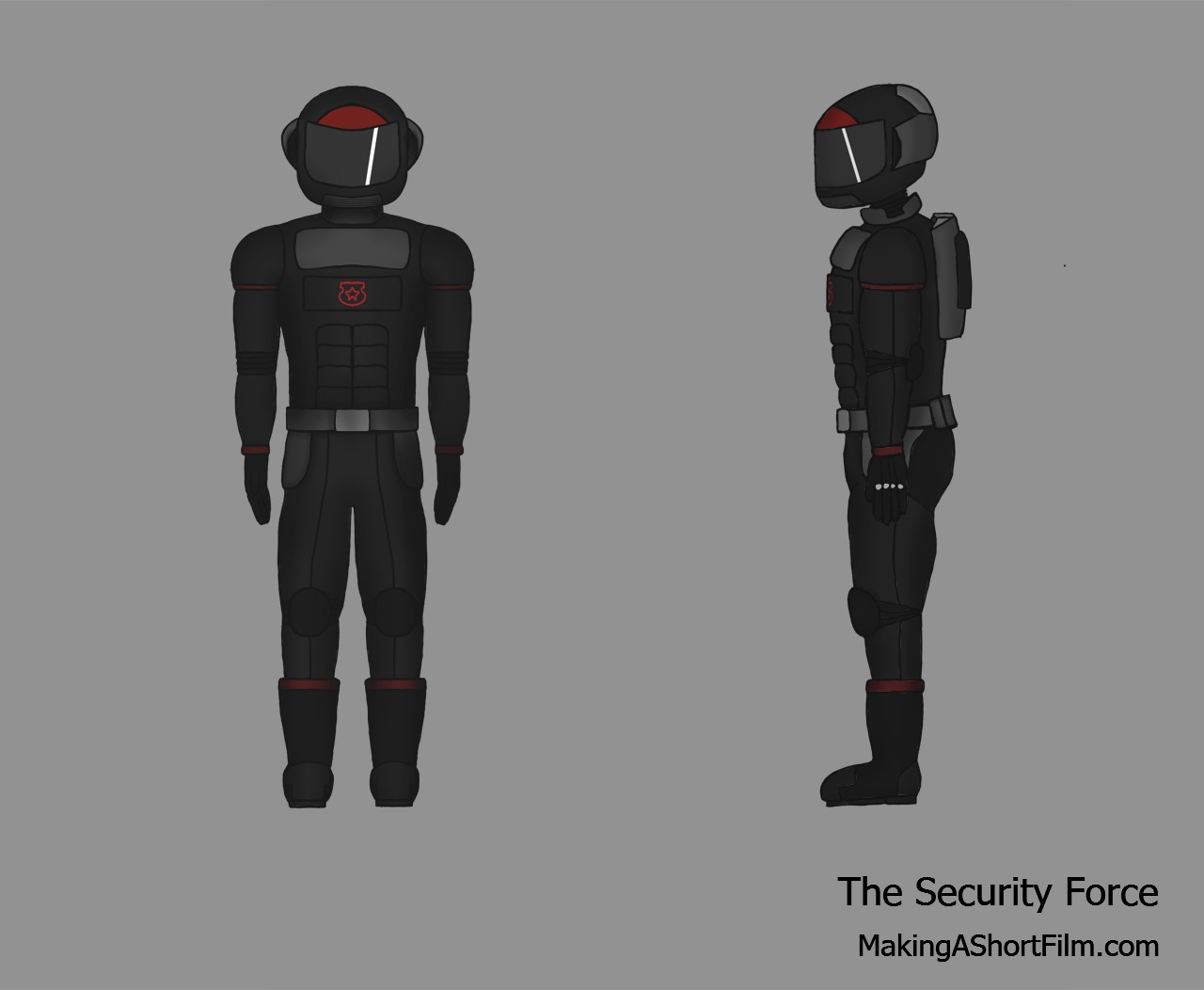 In the ending, there will be a "fourth character" introduced, which I call the Security Force. They are like a police force of the hospital/city, and as you might have guessed, they get involved when the Doctor activates the alarm.

Their main point is to create a physical threat, something very menacing for our escaping protagonists. They won't have a big part in the film, and they will not be under great focus or in much close-ups. Therefore, I won't spend too much time on them. I originally intended to not give them concept art at all and instead just make them right away, but as I mentioned in the previous update, I feel like that would be like fooling myself. Even the minor parts are better painted properly before turned into 3D, especially a character which has a very organic and difficult shape.

Just as for the other characters, I started by trying to draw the front view. However, I really struggled in finding a shape I liked. I realized that the image I had in my head was mostly how the character/helmet should look from the side, so I switched to painting that first. With that done, it was easier to create a front view based on it.

So, here is the result.

To enforce the physical danger, I wanted the body to be pretty fast and lean, like you can't outrun it, but still with force and mass behind it. I gave it very dark colors so it looks menacing, with splashes of red (like Darth Vader, but he does look like that for a reason). I also gave them an equipment belt and backpack-like device to reinforce the idea that they do have the means to take you down.

I don't show their face for two reasons. One, it is more menacing since they become more of a cold, mindless machine (more than our literal robot) instead of a person. And two, I save time in creating them if I skip the faces which is the most complex part of a human. Win-win.

I wanted something particular on the chest since it felt empty without. I tried different things, like basically having an emergency light on there giving off blue and red light, and other kinds of warning signs. However, it all felt a bit distracting, as well as made them look more like robots than I want to. Instead I settled on a "police badge"-sign in the same glowing red, to reinforce that they are the law.


This concludes the concept art for the film. Now it is time to move onto the next and last part of the pre-production; the creation of the animatic. See you next time!