Two updates ago, I created a 3D scene where I blocked out/planned the layout of the hospital room. I have now used that 3D room to render out flat images of 6 different views; how it looks from the top, bottom, left, right, back and front. I then used them inside the drawing software Krita as a reference, allowing me to give the objects their proper, (hopefully) good-looking shape.

When I designed the hospital room, I focused on giving it a fairly modern and luxurious look. The Old Man doesn't want to get out because it is a bad hospital. Everything is very new, clean and good. He wants to get out because he wants to be outside. Simple as that. The hospital looking inviting is important really, since I don't want any viewers to think that escaping a horrible hospital is the motivation for trying to leave. However, I don't want the room to look too fancy either, since I don't want the Old Man to look rich. He should be a normal, average old man.

So, let's take a look at the painted results, one view at a time: 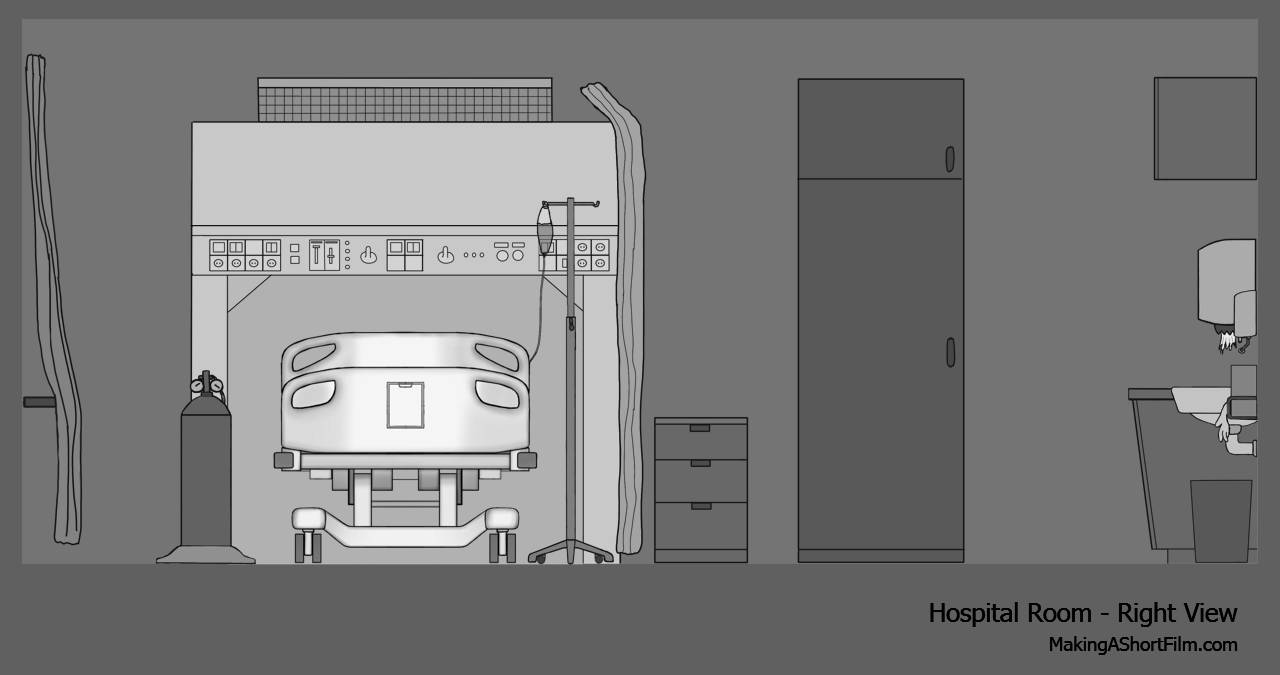 This is the right wall inside the room, the one the bed is standing against. I added some details here to make it a bit more living and plausible. For example, I gave the wall behind the bed a lot of connections and outlets, based on reference images of real hospital rooms I have seen. I also added some extra shape to the wall itself just to make it look less empty around the bed.

Next to the bed are the oxygen tank as well as the drip stand, in close proximity to the patient. 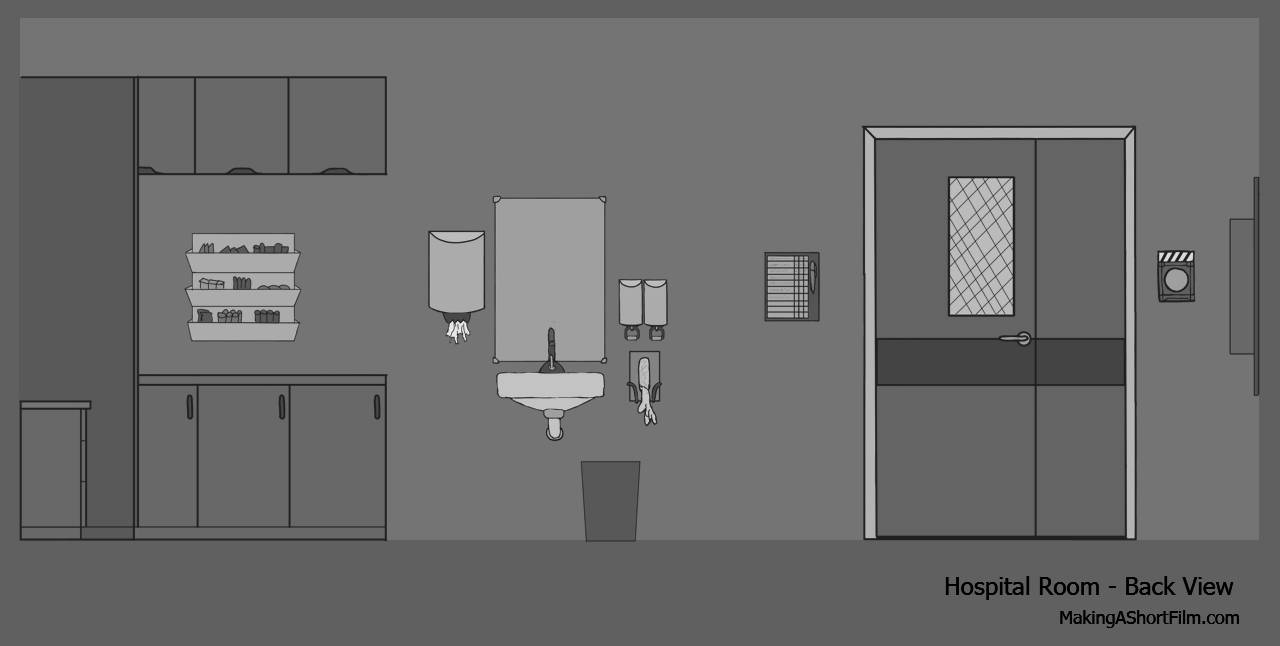 This is the wall that is close to the hallway, which the door leads to. I gave the door a kind of double opening, so it would possible to get a bed through. When the Robot enters, he only opens one of them. Next to the door you can also see the alarm button the Doctor will slam when she discovers that the Old Man is missing.

The two small dispensers next to the sink I imagined are for soap and hand sanitizer. I made all dispensers a similar shape so they look like they are from the same company. To make it look like the place is in actual use by the personnel, I let some paper hang out of the dispenser, as well as a glove. 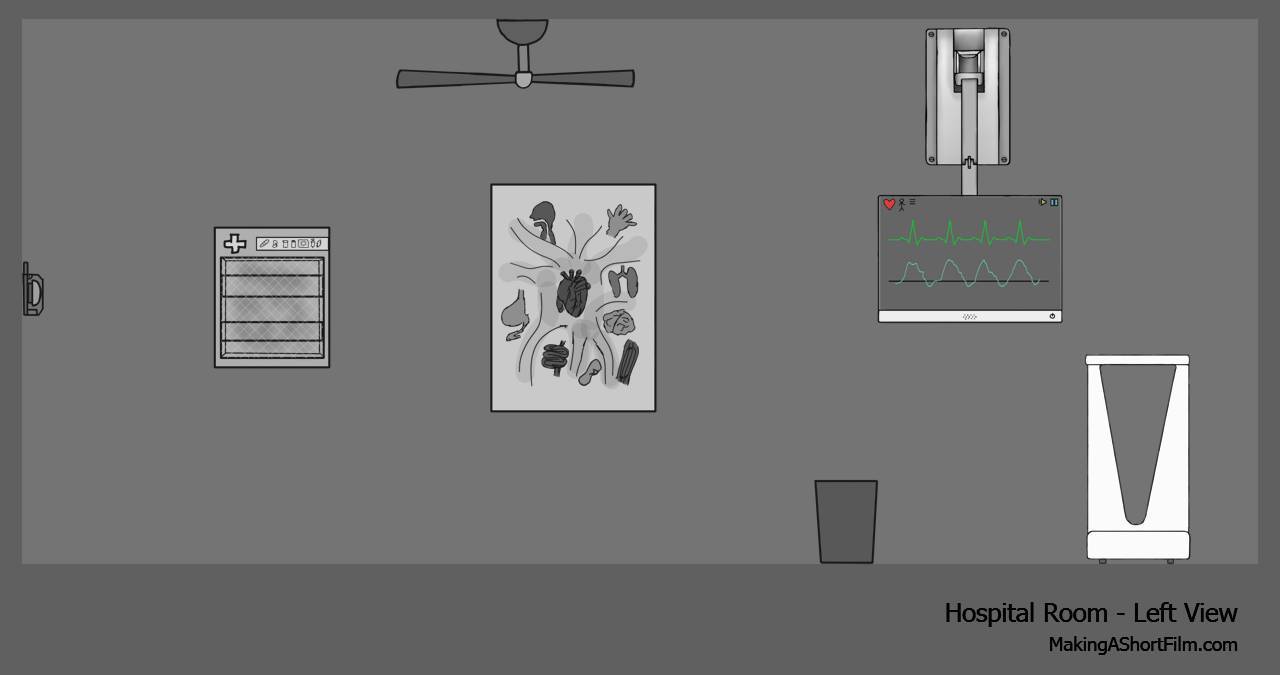 This is the left wall, opposite of the bed. This puts the EKG monitor right in front of the Old Man at all times, forcing him to stare at his destiny.

To fill up some of the naked walls, I imagined a medical poster. Since I want the film to be free from text (other than the movie title), I just painted a set of images that doesn't really tell you anything, but instead highlights some main parts of our body. I made the heart the center because that is what the Old Man is having trouble with, showing how it impedes the entire body and therefor his life. 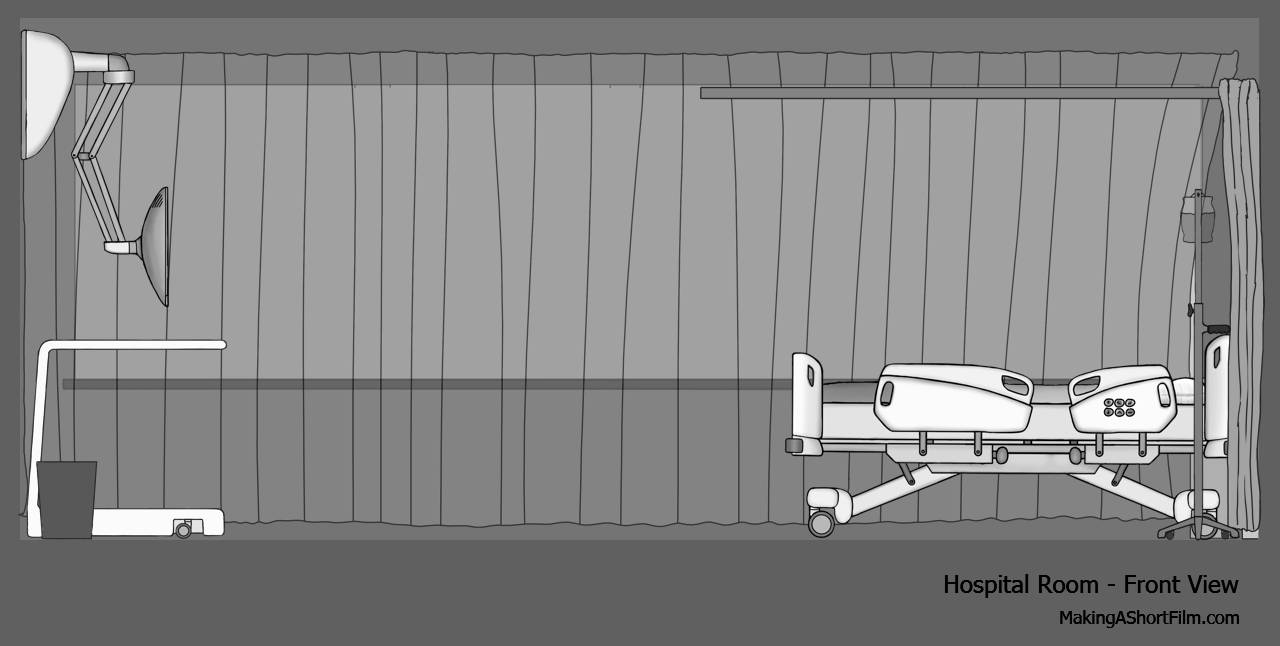 This is the view you see when you enter the room. I imagine the window behind the curtain to be very large and completely pane-less to really show the freedom that is just out of reach, and how opening the curtain would feel like being outside. With panes on the window, it would still feel like a prison with the curtains pulled away.

I tried to give the food tray table a similar round design as the bed, so it looks like they are a set from the same manufacturer. Especially the wheel design is a straight copy from the bed, only smaller since it is supposed to carry a much lower weight. 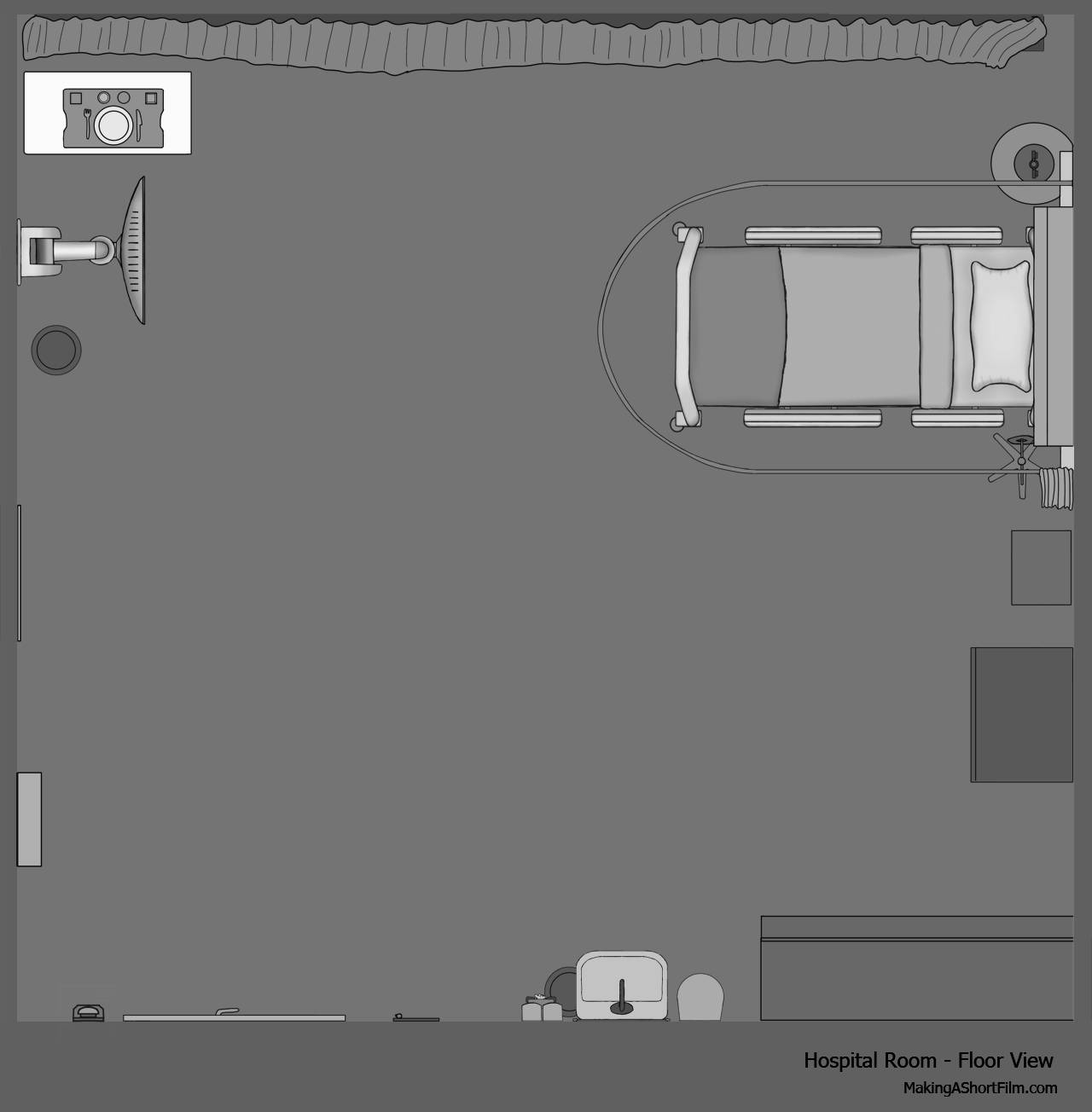 This top view neatly summarizes the room, and clearly shows how much space is free. Most of the stuff is up against the walls, giving the characters lots of room to move around.

I first planned to add a floor drain close to the sink, which would be somewhat realistic. However, I decided that it will decrease the comedy of the Robot spilling water since it makes it less damaging.

Unlike previous concept art I decided to not shade these images. This to save time, and since it is all fairly simple geometric shapes I don't believe it will improve the end result by much. I already have a clear view of what these objects will look like from these flat, shadeless images.

So, the next step will instead be to simply color the entire thing. See you next time!