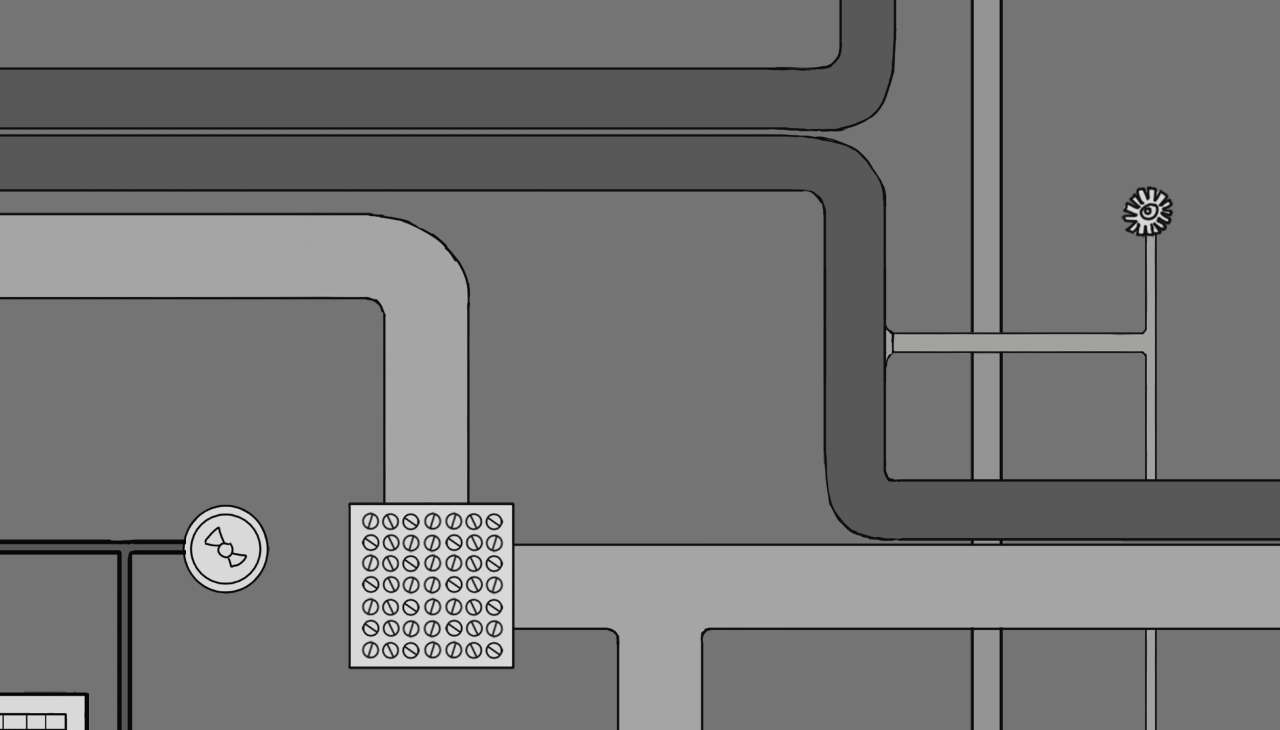 I have been working on designing the hospital room with all its details. In this update I will focus on the ceiling, while keeping the rest of the room for the next update.

Most of the ceiling design was left for later when I created the 3D room in the previous update. By doing it in drawing, I have a lot more freedom in experimenting with different shapes and objects.
So, this means that it was time to place out pipes and such onto the ceiling.

Since these objects will be fairly intertwined and complex, I decided that the easiest way to get something that looks realistic was to actually design it as if it would be used. The different pipes would be dealt with as if I was building a real ceiling, routing different types of pipes and cables across in order to reach the locations they needed to go. Note that I know absolutely nothing about plumbing, fire alarms, etc, but by doing it like this it at least felt like I would get a realistic design.

So, I started by drawing a plan of where the sprinklers, ventilation, etc should be placed, and color coded everything to see what went where. I included some alarm items as well, with a smoke detector, a siren and a beacon light. Here is the planning: 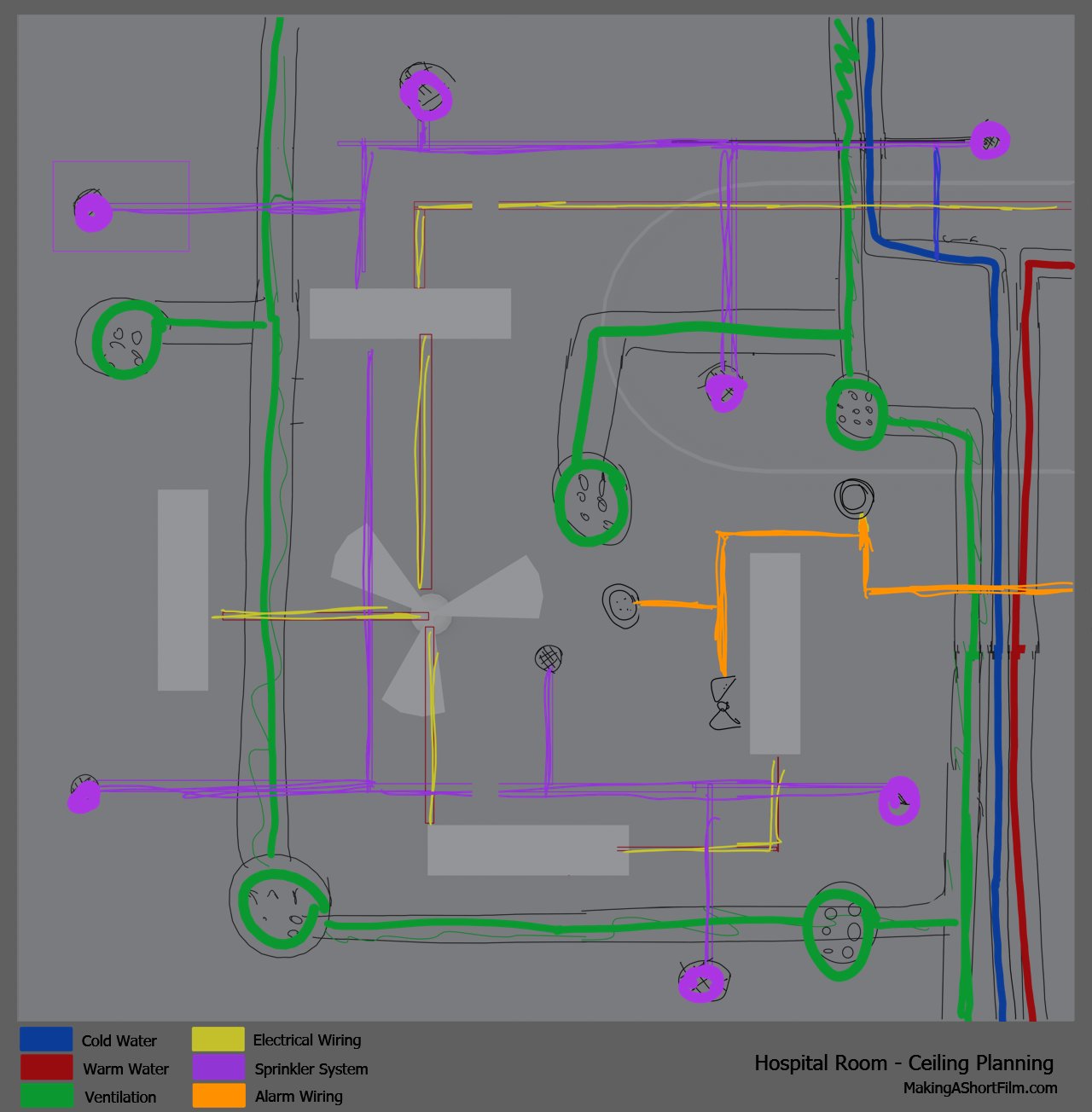 In a modern hospital, all the routing would most likely be built into the ceiling. However, I wanted it to be very messy and full of stuff for the story. It should be very non-relaxing for the Old Man to stare up into the ceiling as it is, increasing the contrast between a beautiful sky and what he lies beneath.

In the image on the top of this post, I have roughly cropped out the part that the Old Man will see from his bed. Note how I made the pipes circle an empty square in the middle. This is where the Robot will place the pancake and cotton, forming the mini-sky above him, turning the ceiling into what the Old Man is dreaming of.

With the planning done, I drew the final design to see what it would look like. Here is the result: 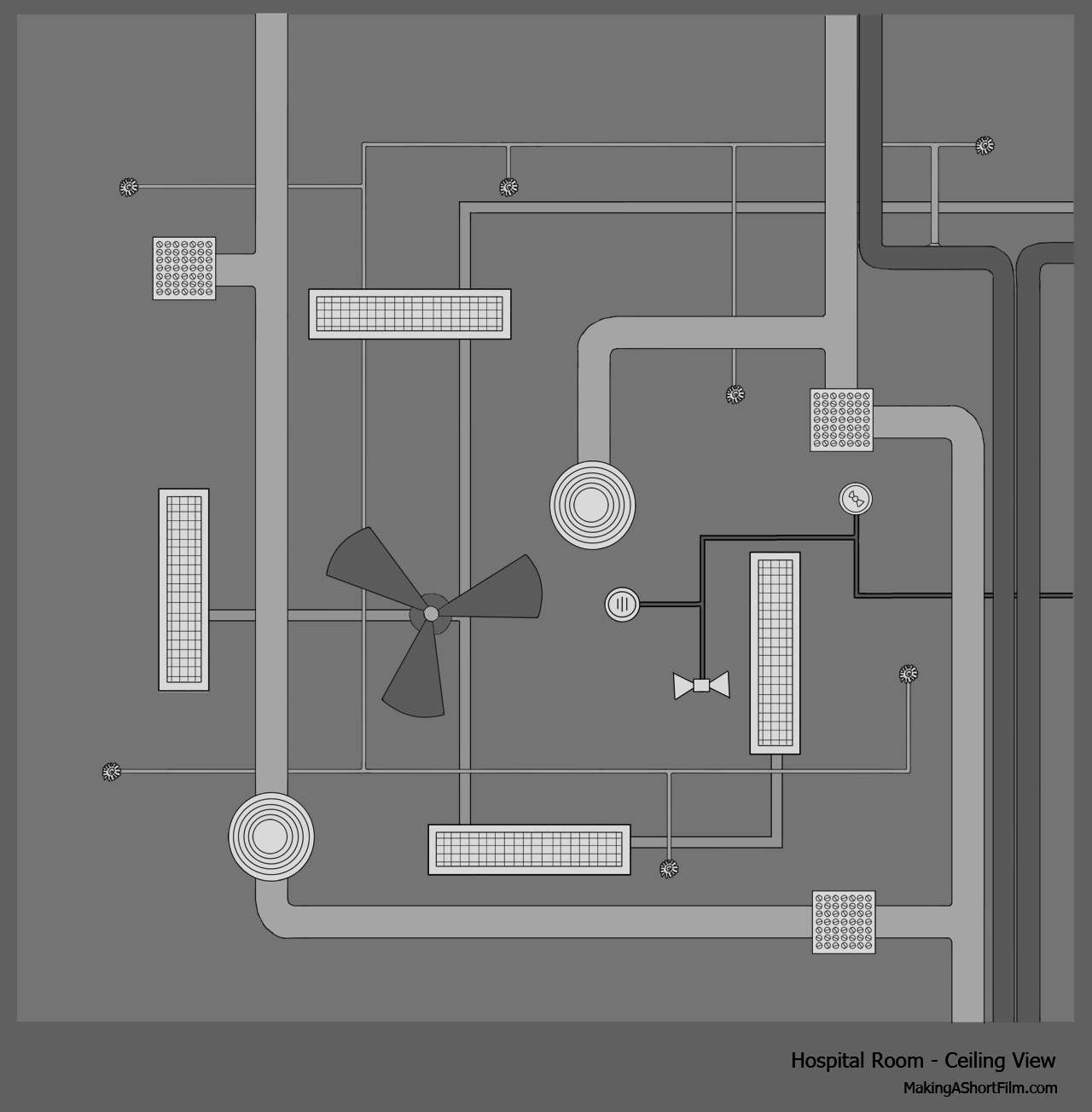 I think the amount of clutter feels right. Not too much, but clearly unpleasing to look at. Note that the ventilation pipes will have more of a structure to them in the finished room, but I have saved that for when they are modeled in 3D.


That's it for this update. I am already far along in the design of the rest of the room, so I will show you the remainder of it soon.