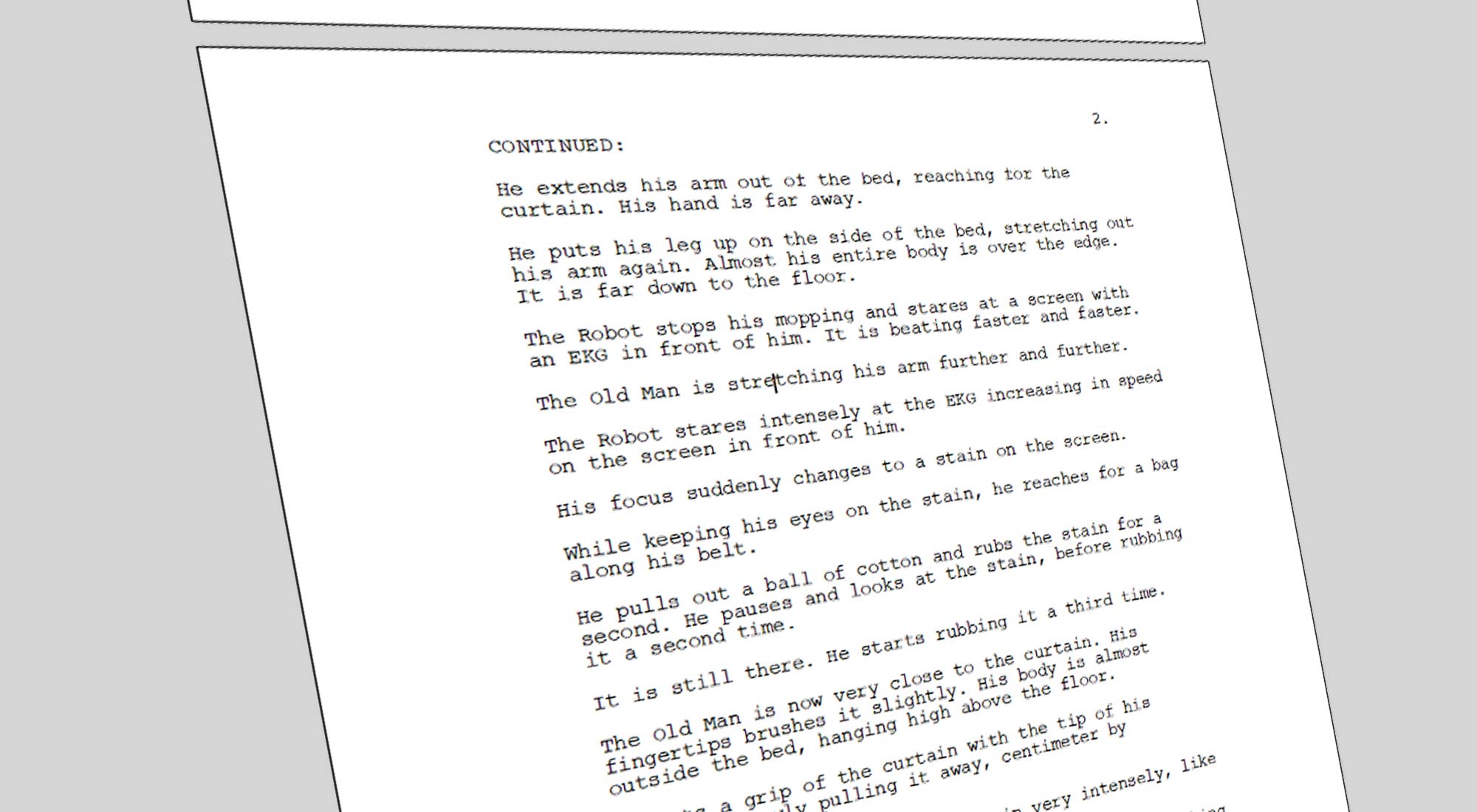 Although I have wanted to make films for as long as I can remember (I made quite a few simple ones using Lego and other toys when I was little), it wasn't until four years ago when I got an idea for a short film that I really liked. The basic story popped into my head, with the characters and what would happen in broad strokes.

As I do when I get excited about something, I got started right away with writing a first draft, just getting what I had in my head down on paper (screen). Instead of jumping into making it I put it to the side. Over the next years, every few months I got reminded of the film, returned to the script, read it and made adjustments. When the script started to feel complete, I got working on the website since I by then knew how I wanted to share its making.

So, a few years and many revision later, I finally get to share the resulting script. Although I am really happy with what I have so far, I am still trying to give everything a final polish to make it the best it can be. I really look forward to all of your feedback, small or big thoughts.

So, without further ado, here is the script for the film. I hope you will like it.