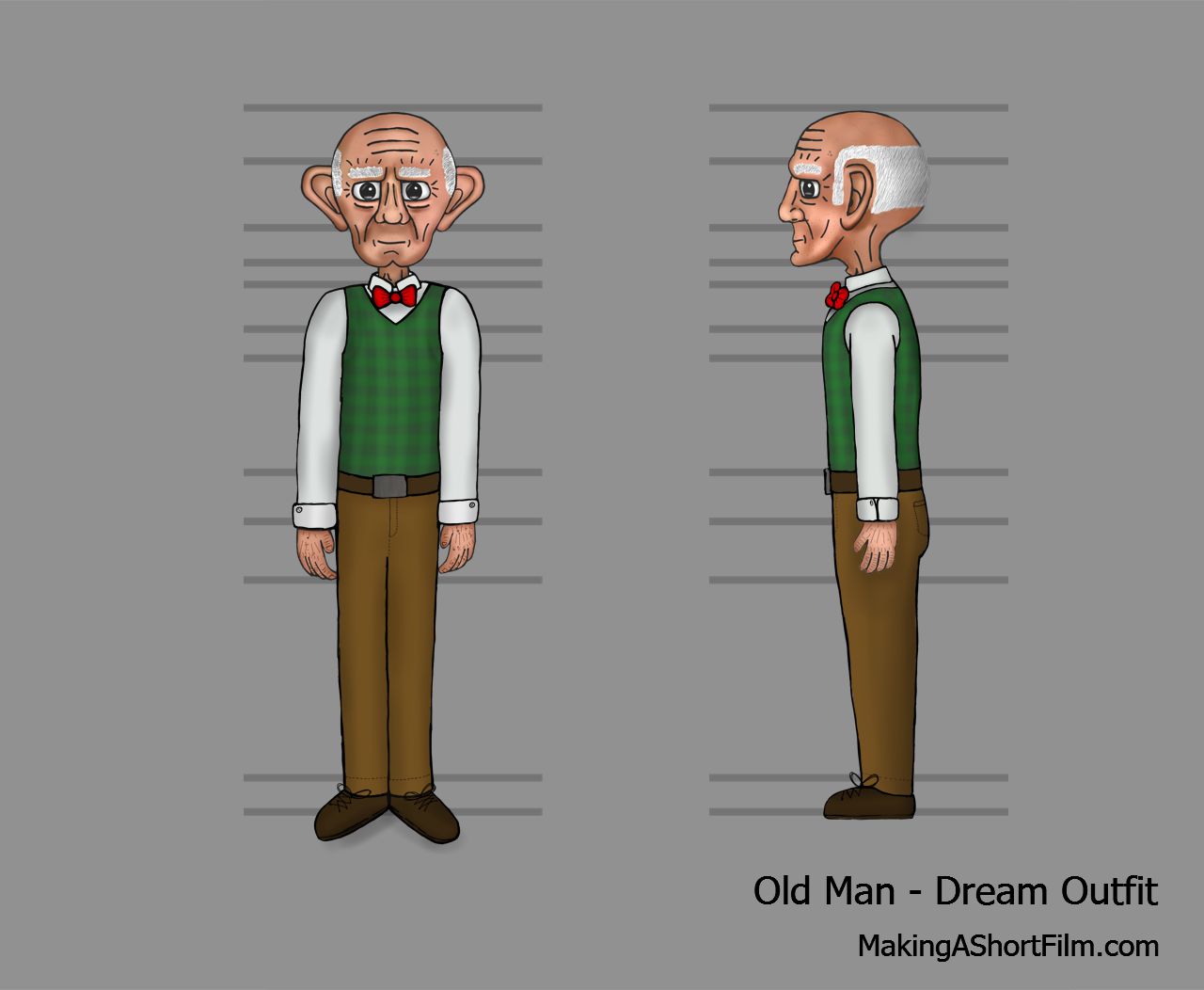 I have now completed the design of the outfit the Old Man will wear in his dream. Since this outfit was a fairly simple object, I did everything (shape, shading, colors) in one swoop instead of posting multiple updates. This outfit is actually one out of only five objects that are important enough that they get the concept art treatment (since I don't want to wing it when I model these things later in 3D).

As for the design, I wanted the outfit to look very familiar and homely, like something he would wear if he got to choose himself. The dream is supposed to represent how he wishes things were, which includes how he wants to look as well. I think he feels like a character who wants to look proper, that he has pride and dignity, which is why I gave him a fly and in general pretty "fancy" clothes.

I also made the actual man look a bit healthier in these images. As I stated earlier, I want him to look healthy in his dream, and then when he wakes up, we see how sick he has become. The differences includes more vibrant skin, less beard, spots and visible veins (and the removal of his breathing tube of course). You can see a comparison between the two versions in the image below.

The color of this clothes was chosen for this reason as well, to create a contrast between his dream and the reality. His clothes has very saturated colors, full of life, while his hospital outfit is pale and looks sick. How he wish his life was, versus the reality. 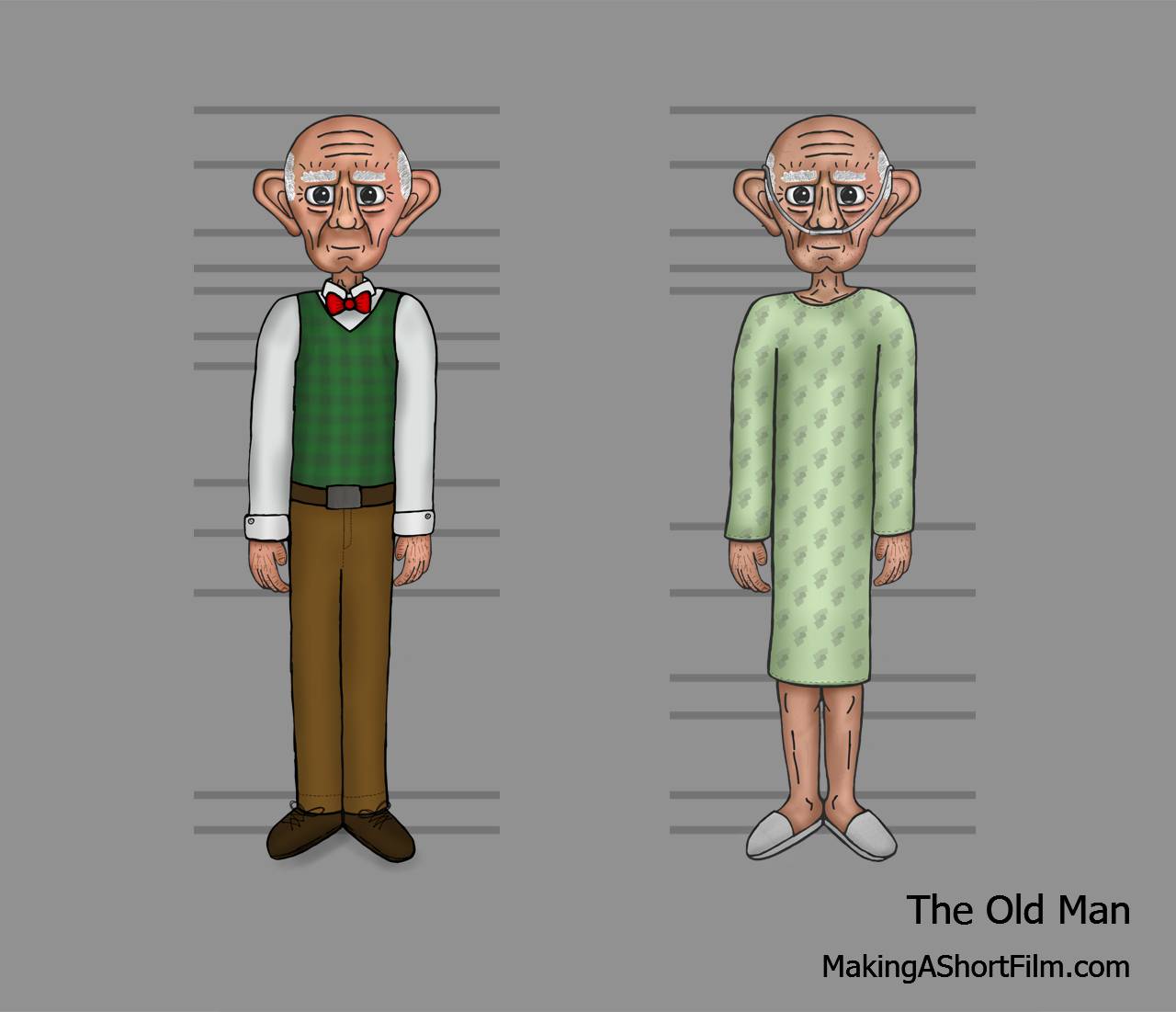 The full quality, 4K-resolution version can be viewed in the download section below.

This completes the design of the characters! It feels really great to finally know how the different characters will look, in all different situations. It took much longer than expected, which is usually the case when making something, but at least I am fairly happy with the result. I will make a character chart summarizing everything, as well as show of how they look in relation to each other. But that's for the next update.