I have now finished detailing the Doctor, with the result visible here above. I added some items to the outfit to make it more lively. The most important detail is giving her a stethoscope. This is a strong image for doctors, and should remove any doubt of her profession, clearly showing that she is the boss. Other than that, I tried to put on things that seems reasonable for a doctor to have, including pens, a pin and a name tag. The name tag will simply spell "The Doctor" in case it turns out to be readable in any scene in the film.

As for the clothing, I like the idea of her having a big and fluffy sweater underneath the robe. It should make her look like a cold person (physically obviously, but hopefully also in character). The thick collar should also make her look a bit uptight as well, and not as open.

As for the bottom of the robe, it has a pretty round form right now. If I keep that in the film, the cloth will have to be pretty stiff to stay in position since it doesn't follow her body. More realistic cloth will fall down, following her contour. I will try and see what looks best, but it is quite possible I will simply let the cloth fall down completely instead. It should look better in motion, getting pushed around by her legs when she walks. A stiffer version might look like one of those older dresses that has a completely rigid skirt, having her legs move freely inside of it without touching anything. Which could look pretty silly in a fun way, but probably too silly (especially when running). I will simply have to do a motion test and see what I prefer.

As for the face, I don't really know how tired I should make her look. In this version, I have kept her free from lines under her eyes and such. It would most likely give too much empathy for her. She still has to come off as evil so you can root for the old man. But at the same time, she should be worn down and tired of her job, making her do nothing more than what she has to. I will just have to experiment with this I think. Either way, I will definitely have to keep it on the subtle side, since she is indeed supposed to be the villain and not the victim. 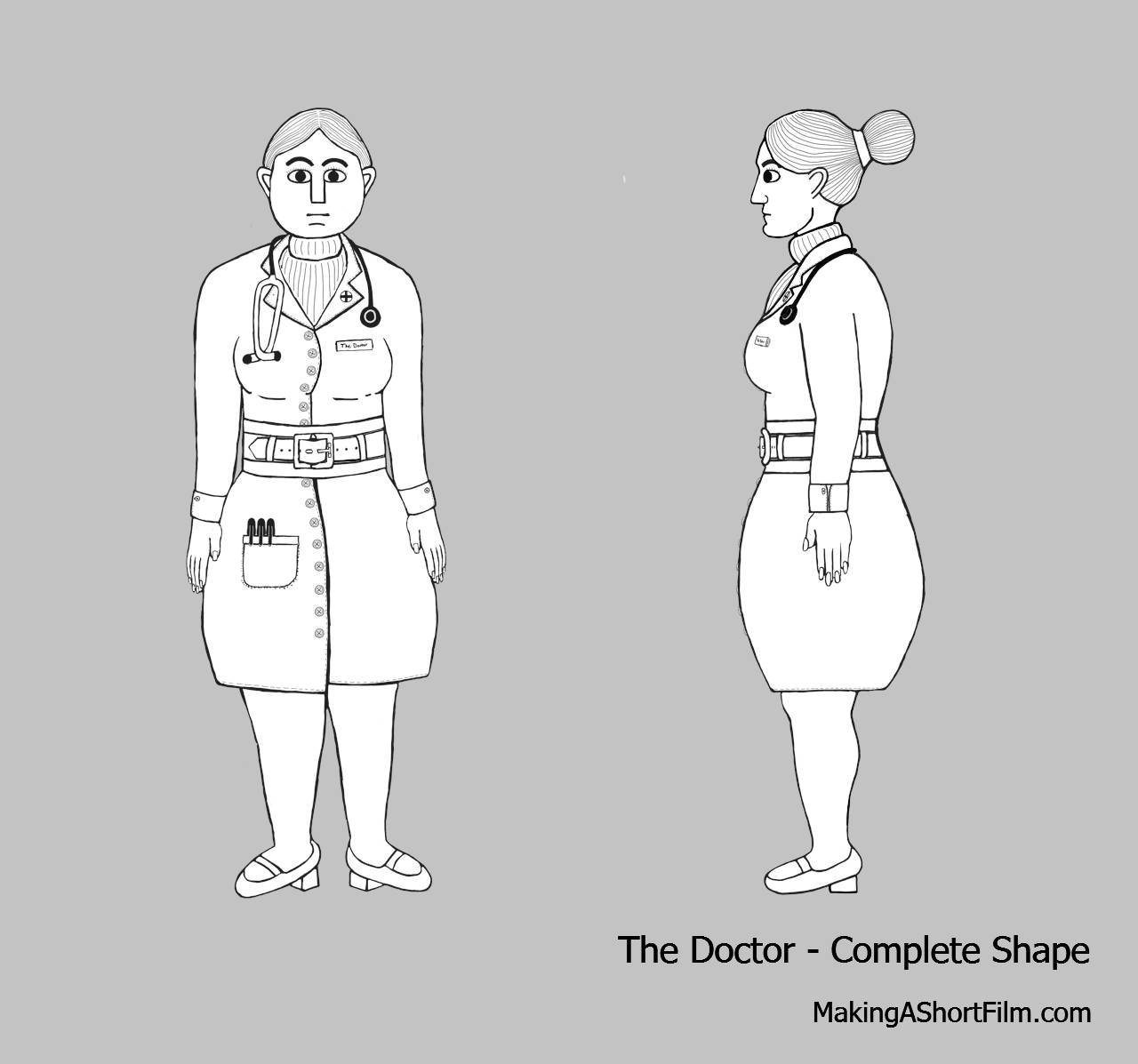 As you can see, I also added a side view, showing more of her shape and especially her hair bun. It was pretty difficult to draw the face from the side, but I think I captured the shape from the front view fairly well at least. You can view the resulting image in the full 4K+ resolution down below in the downloads. As always, I post a version with lines that shows the placement of certain key features between the two views, as well as a clean version with no lines.

Now I will move on and shade this image to give it more depth, and add some temporary colors to get a feel for the character.