I have now made the Robot drawing more three-dimensional by shading it. As described in an earlier post, I will colorize the Robot later, when I try to find a unifying color scheme for the entire film. For now, I will keep everything black and white.

I think this image captures the actual shape very well, which will make the 3D-modelling phase much easier, and yield a much better result. If you look clearly though, you can see that the two views (the front and side view) don't match completely. Therefor I can't make a single model that matches both of these images at the same time. I will have to adjust the shape a bit during modelling, using these images more as guides instead of absolute blueprints.

The process of making this image was quite simple, although time consuming. I have made a short tutorial where I show the 6 steps I did in order to shade the line drawing I had:


…as well as a time-lapse video showing the shading of the entire side-view:

The resulting image is fairly close to the line drawing I had earlier. I made minor adjustments to the joints and their design. One part was completely redone though, and that is the hands which I simplified greatly. I thought they were to detailed after all, not really fitting with the complexity of the rest of the Robot. I got inspired by mittens, and therefor modeled them after that with a big lump of fingers, and a thumb. Since he won't be doing anything too finicky with his fingers, this complexity will be more than enough (after all, he will only be grabbing and holding one thing at a time). It will also bring them more in line of the clumsy, "not really fit"-side of him after all, something I didn't think I wanted for the hands earlier in the process.

So, please tell me what you think of the finished result in the comments below! If you have premium updates, you can download and view the full resolution (4800x4800 pixels) image at the bottom of this post. 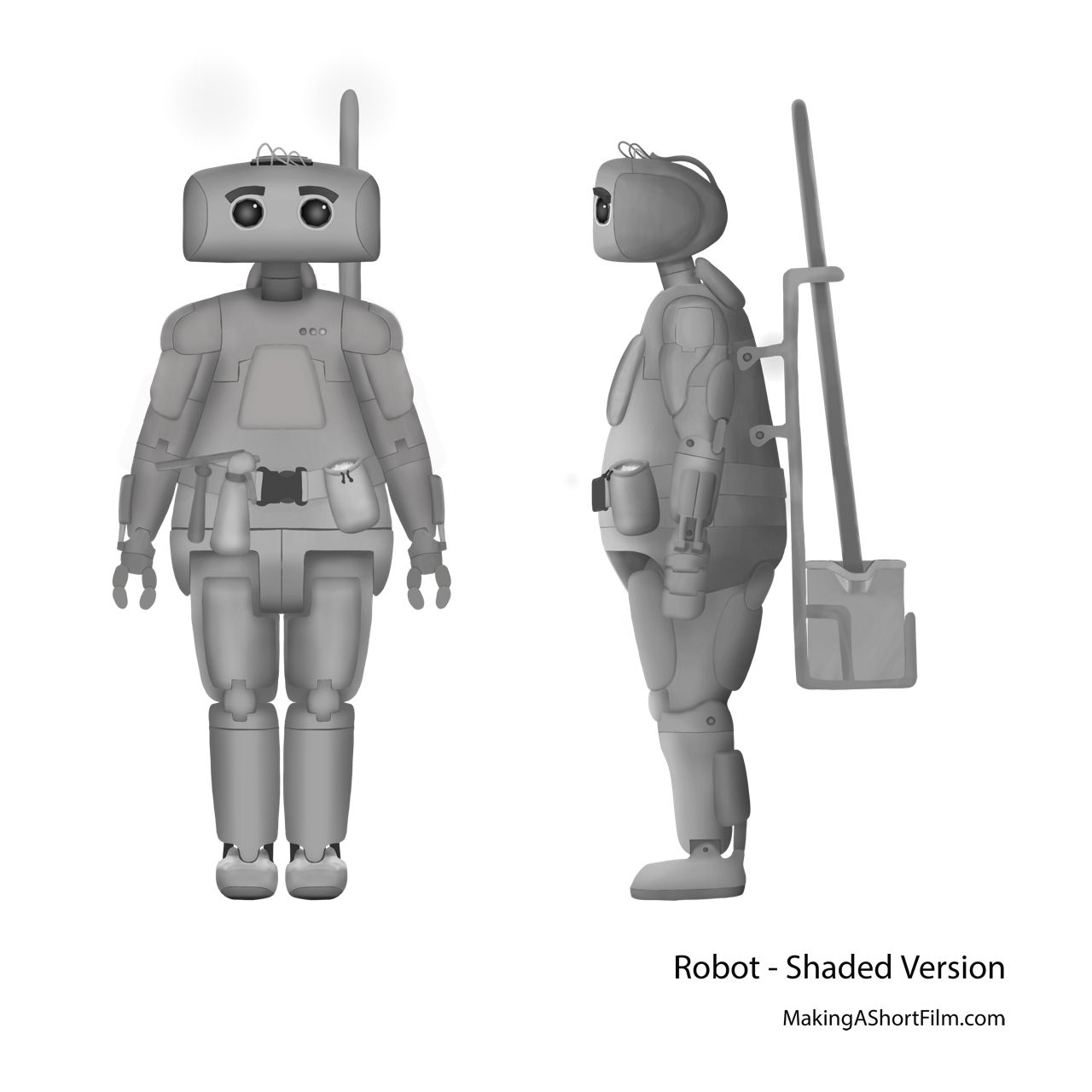 This is it for the Robot for now. I will still have the ability to adjust this further when I turns these images into a 3D-model, since it might look different to what I expected when I get to see it in different perspectives. In the future I will also work with the colors and the materials of him, but I will move on to other parts of the short film for a while first.
More specifically, designing the Old Man. See you next time!